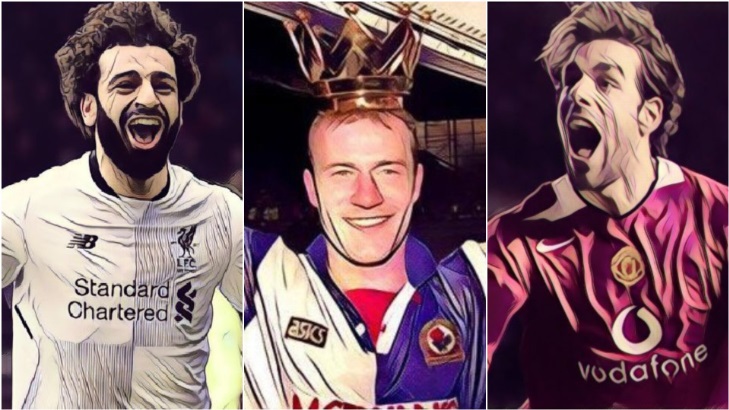 It only took a season and a half for Mo Salah to break the half-century mark during his time at Liverpool, hitting the milestone with two goals against Crystal Palace in a 4-3 victory.

The Egyptian’s frankly ridiculous rate of a goal every 1.44 games in the English top flight means only three players can say they scored 50 goals in fewer matches.

Salah got there in 72 games, which would have been unthinkable when he joined the Merseyside club in 2017 with a reputation for being wasteful in front of goal. He could have risen even higher up this list had it not been for a disastrous spell at Chelsea earlier in his career, when he scored just two goals in thirteen league games.

The inside forward joins exalted company in the list of top five Premier League players to get to 50 goals in the fewest games. Can you think of the others before scrolling down?

Salah knocks Sergio Aguero out of the top five, equaling the record of a fellow one-time Liverpool and Chelsea attacker.

Hardly a surprise to find the Spaniard makes it, considering he took the league by storm in a very similar fashion to Salah when he initially joined Liverpool. The Reds saw the best of Torres, whose form fell off the side of a cliff when he moved to Chelsea in January 2011 for a British record transfer fee of £50 million.

The Dutchman was one of the best finishers in the history of the Premier League, scoring 95 goals in the top flight for Manchester United. Known as a supreme poacher, a common argument against van Nistelrooy was that he contribute enough to the all-round play of the team, but by god did he know how to put one in the onion sack.

Considering the former Newcastle United striker holds the all-time record for goals scored in the Premier League, it’s quite astonishing to find him in second place here.

We mustn’t forget either that before he was scoring goals for Blackburn Rovers and Newcastle in the Prem, he was doing it for Southampton in the old First Division. In total he has 379 goals in all competitions. Astonishing indeed.

When he couldn’t break into the first team at Arsenal, Andy Cole moved to Newcastle United, where his career took off like a rocket. Scoring a goal every 1.3 games, his record of 50 goals in 65 games will probably never be beaten. He would end finding the net 55 times in 70 Premier League appearances for the Magpies, before moving to Man United where he would score 93 goals in 195 league appearances. We salute you, sir!