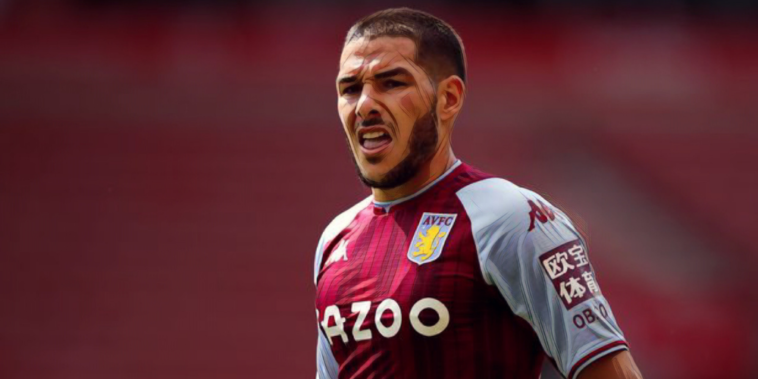 Premier League football returns this evening as Brentford take on Arsenal in the 2021/22 curtain-raiser, with each of England’s top tier sides heading into the new season amid much hope and optimism.

Ahead of this weekend’s eagerly anticipated opening round of fixtures, we’ve looked at some of the division’s major talking points and question marks heading into the new campaign.

Eight questions ahead of the weekend’s Premier League fixtures.

Can Toney continue his prolific climb up the divisions?

Ivan Toney has taken an unconventional route to the top division, dropping down the leagues to hone his talents having failed to make the grade following a move to Newcastle as a teenager,

The forward could hardly have chosen two better destinations to develop his game, having starred during two prolific seasons at third-tier Peterborough, including winning the 2019/20 League One Golden Boot.

Brentford gambled on his services with a £5m deal last summer, their faith rewarded as Toney made it back-to-back Golden Boot accolades despite stepping up a division, scoring a record-breaking 31 goals in the Championship last term.

Toney’s goals will be central to Brentford’s hopes of survival this season and the 25-year-old will hope to follow in the footsteps of former Bees alumni Ollie Watkins and Neil Maupay in making an impression on Premier League defences – starting with the visit of Arsenal on Friday evening.

Will Benitez win over a divided Everton fanbase?

Rafael Benitez’s appointment at Everton caused more than a stir amongst the fanbase, the Spaniard’s previous allegiances across the city making him a more than unpopular arrival.

Benitez’s hopes of winning over the supporters has not been helped by a lack of investment, with the cut-price additions of Demarai Gray and Andros Townsend far from the luxuries handed to – and squandered by – former incumbents of the Everton hot-seat.

The 61-year-old has at least been handed a favourable-looking start by the fixture computer, starting with a home clash against a Southampton side who have lost their leading scorer and centre-back.

A fast start could be pivotal to Benitez’s chances of becoming a success at Goodison, with the pressure on the new coach more than most as the season begins.

How does Nuno solve his Kane dilemma?

Harry Kane’s future is set to dominate Sunday’s showdown between Tottenham and Manchester City, as the forward’s current employers and suitors clash on the opening weekend in north London.

Kane has made no secret of his desire to quit Spurs and move to the Etihad, with the 28-year-old having only returned to Tottenham training on Friday following a prolonged absence as he agitates for an exit.

Will Kane feature against the side he so desperately wants to join? Or will Nuno select a side he knows is fully focused on the task at hand? Whether Kane is included or not, he’s set to be the major talking point.

Liverpool – back to their best or past it?

Liverpool’s late surge into the top four salvaged their season in what proved a disappointing title defence, the record-breaking standards of the previous campaign replaced by inconsistent performances.

Much of the blame for the Reds’ poor performances was directed at their wretched injury record, as long-term absences for Virgil van Dijk, Joe Gomez and Joel Matip led to a staggering 20 different centre-back pairings featuring last season – with the unsettled nature of the side showing in their results.

The return of that trio – coupled with the arrival of Ibrahima Konate – has handed Klopp an embarrassment of defensive riches and a platform on which to build a sustained title challenge.

Beginning at Norwich this weekend, the onus will now be on Liverpool to show they can return to their 2019/20 levels and that last season’s depleted defence was not simply a convenient cover-up for cracks elsewhere.

Are new-look Villa a better team without Grealish?

Losing your best player is a hammer-blow to any side’s chances of progression, with Aston Villa the latest to suffer such fate following Jack Grealish’s record-breaking £100m move to Manchester City.

That unprecedented figure has provided Villa with funds to invest and on paper their recruitment looks shrewd, adding the exciting additions of Danny Ings and Leon Bailey to the club record signing of Emiliano Buendia from Norwich.

Each of that trio can provide goals and creativity to a Villa side often reliant on Grealish and Ollie Watkins last season, with the prospect of the summer signings combining with the latter an exciting one for the club’s supporters.

That quartet – alongside a tenacious midfield, solid backline and excellent goalkeeper – can provide a better balance for Dean Smith’s side who will be targeting a push for Europe.

Is Sancho the answer to United’s problem position?

Sancho’s signing will see the 21-year-old feature from the right-hand side of the attack, a position which has become a problem in recent campaigns with neither Mason Greenwood or Daniel James convincing on a consistent basis.

Sancho has all the ingredients to be a Premier League star and firm favourite at Old Trafford, having provided 114 goal involvements in just 137 appearances across his four seasons with Dortmund.

The England international has already spoken on his instant connection with new teammate Bruno Fernandes, a partnership with provides both guile and goals and can take the Red Devils up a level this season.

Will the Foxes’ prey on Lage’s leaky Wolves?

Wolves’ regression last season was in part down to an attempt to shift away from the methods that had worked so well, a desire to move to a more possession-based style leading to gaps in a previously water-tight defence.

The arrival of new manager Bruno Lages is set to continue a shift away from the pragmatism of the Nuno era, though a lack of investment means he will largely be working with the same complement of players.

Each of those players has the speed and cutting edge to capitalise on any teething issues in the Wolves defence, as Lages looks to implement a high-energy, high-pressing style of football at Molineux.

Jesse Lingard’s renaissance at West Ham last season was one of the stories of the campaign, arriving on loan during the winter window before enjoying the best period of his career.

All indications pointed towards a permanent move to the London Stadium, but Manchester United’s £30m price-tag has seemingly ended hopes of a return to the capital for the midfielder.

Lingard’s infectious energy played a major part in the Hammers’ run to Europa League qualification and the club have yet to replace the 28-year-old, who scored nine goals and provided four assists in 16 league appearances.

Michail Antonio will carry the goalscoring burden for David Moyes’ side this season, but the often injury-prone frontman will need improved support from West Ham’s collection of creative wide players if the club are to repeat last season’s exploits.