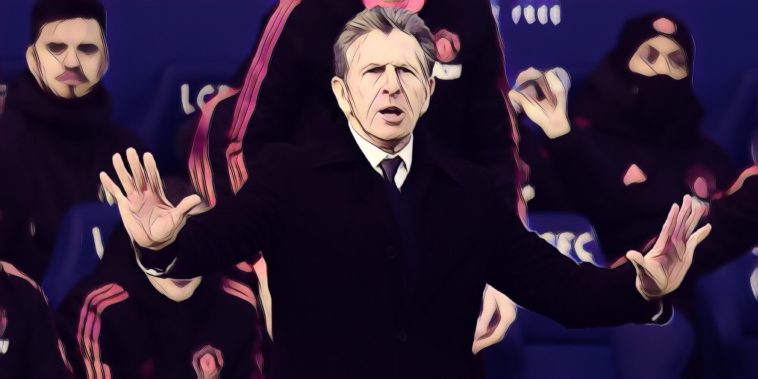 Claude Puel bemoaned Leicester City’s lack of belief and responsibility as they fell to a 1-0 defeat against Manchester United this afternoon.

While Manchester United have been resurgent under Ole Gunnar Solskjaer in recent weeks, it was far from being their best performance, with Leicester creating the bulk of the chances at the King Power Stadium.

However, it was a mistake from hosts that led to the only goal of the game, with Ricardo Pereira misplacing a pass straight into the path of Paul Pogba, who punished the Foxes with devastating precision, playing a beautifully weighted ball to Marcus Rashford, who took a touch before firing past Kasper Schmeichel.

“It’s crazy. At the start we don’t believe enough in our quality. Afterwards we play with intent and we can hurt teams like United. But it’s a big disappointment because we found good quality in the second half with a lot of chances to come back,” Puel told Sky Sports.

In the second half, Puel withdrew influential playmaker James Maddison, much the dismay of the home crowd, but the Frenchman said he wanted more energy than the 22-year-old was providing.

“I wanted to give more energy. We had other possibilities on the bench. I wanted more desire and to push the team. It was difficult to recover the ball and we needed to try different things to continue to create chances.”

The defeat means that the Foxes have lost their last three home games on the bounce, although Puel said that he was only frustrated by the fact that that they didn’t deserve to lose today.

The result leaves Leicester in 11th in the Premier League.