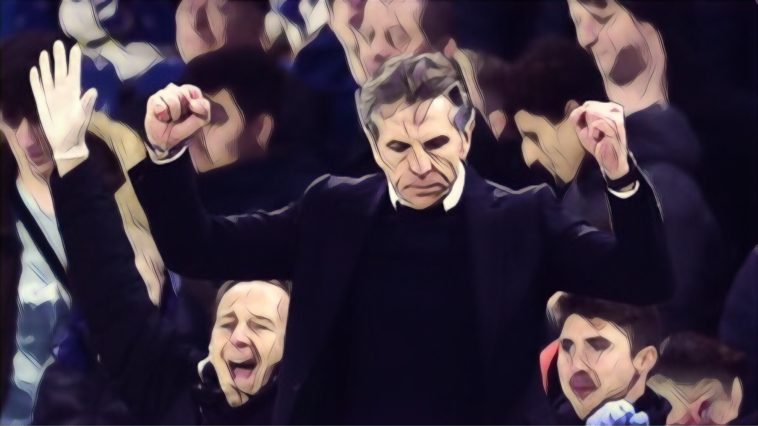 Claude Puel was delighted with the hard work his Leicester team put in as they battled their way to a fantastic 1-0 win at Stamford Bridge today.

Puel went into the game with question marks hanging over his future at the club, with Jamie Vardy admitting that he was growing frustrated under the former Southampton boss.

However, Vardy’s second-half strike was the only difference between the teams as Chelsea suffered their first home defeat of the season.

“It was fantastic, hard work from the team together, first to defend and after to try and counter attack. I think before the game we spoke about the possibility of an upset, I was happy with the performance after City, we just lost on the lottery of penalties,” Leicester City boss Claude Puel told the BBC.

“We defended well all the game, perhaps without enough quality after getting the ball in the first half.

“In the second half with the confidence, we performed, scored a fantastic goal with Maddison and Vardy. Of course, a fantastic reward for the team because we gave our best this time with the reward.

“Vardy gave the right response and he contributed, he defended well with the team in the first half. He showed a fantastic clinical edge. We need players like him scoring. A lot of games we have had good play without the reward because we cannot score more. Of course it is a fantastic feeling today, hopefully, we continue this way.

“The win doesn’t change anything, it is important we go away to analyse our game. That we continue to work with the same mentality and same attitude. All my player continue to progress and work together.”

It was Vardy’s sixth goal in his eleventh league start for Leicester this season, and the result moves the Foxes up to ninth.