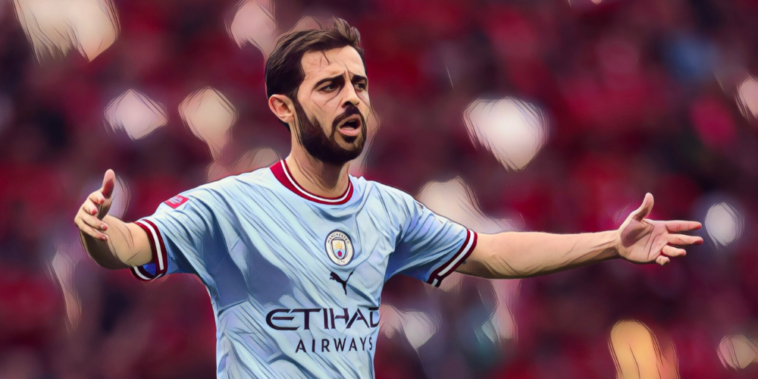 Paris Saint-Germain are targeting a deal to sign Bernardo Silva from Manchester City with the midfielder keen to leave the club this summer.

Silva wants to leave City after five seasons in the Premier League, with the driving factor a desire to be closer to his family in Portugal.

The 28-year-old expressed a desire to leave during last summer’s transfer window, but produced a series of impressive performances as City won the Premier League, after a move failed to materialise.

Barcelona are keen on a deal for the midfielder, though the Times are reporting that PSG are prepared to rival interest from the Spanish side.

The French champions are preparing a bid of €70m (£59.1m) for Silva, with PSG sporting director Luis Campos keen to re-sign a player he took from Benfica B to Monaco in 2014.

City are believed to value Silva – who can expect an improvement on personal terms should he move to PSG – at around €80m and Pep Guardiola has suggested he will be free to leave should a suitable offer arrive.

City have allowed unsettled stars to leave in recent windows and Silva has publicly discussed the prospect of leaving the Etihad this summer.

“I’ve always said that I’m happy here, but I have no idea what’s going to happen,” he told ESPN. “We’ll see, honestly. My relationship with the club is very honest.

“I’ve been open with them and they know what I want. If I stay, I’m very happy, and I will always respect this club and give all my best. If not, it’s football and we’ll just see what happens.

“As I said, I will always respect my relationship with Man City, with the fans, with the staff, with my teammates, so whatever happens, happens, and for sure, it will happen in a very respectful way.”