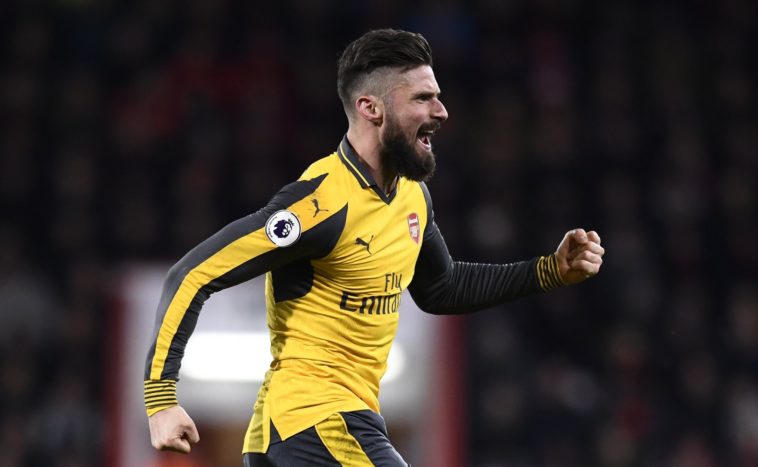 Arsenal’s second comeback of the week resulted in a win against Preston North End, as well as progress to the Fourth Round of the Emirates FA Cup.

From the outset Arsenal looked uncomfortable and Preston took full advantage. The Championship side were ahead in the seventh minute thanks to a tap in from Callum Robinson.

Preston should have been 2-0 up in the 21st minute. Jordan Hugill crossed it into Robinson only for his header to be blocked by Shkodran Mustafi.

Another chance went begging for Preston. This time Robinson put in a low cross for Hugill who couldn’t get there in time. If he had, Arsenal would have had an even bigger mountain to climb.

Giroud had a chance to equalise but his header was well wide. With half an hour played, Arsenal looked lost and confused with no natural leaders on the pitch.

Paul Gallagher tried to chip the ball past David Ospina and he would have succeeded but Nacho Monreal’s goal-line clearance kept the score at 1-0.

Preston could have scored from a corner but Paul Huntington was adjudged to have fouled Ospina and even though Robinson headed it in, the whistle had already gone and the Arsenal goalkeeper was awarded the free-kick.

It was 1-0 to Preston at the break but it could and should have been so much more.

Arsenal woke up in the second half, and within a minute of the restart, the Gunners were level. The much-maligned Aaron Ramsey scored his first goal since March to get Arsenal back into the game.

Neither team created many chances after Arsenal’s equaliser until Mustafi’s effort from a corner which was saved at the second attempt by Chris Maxwell. Giroud thought he had given Arsenal the lead but he was ruled offside and the score remained 1-1.

It seemed there would be a replay at the Emirates but man of the moment Olivier  Giroud had other ideas. The Frenchman scored two minutes before the end of the game after he got on the end of a clever Lucas Perez back heeled pass. Giroud took his chance to give Arsenal the lead, a lead which they held on to until the end.

The result means that Arsenal will be in the FA Cup fourth round draw after their late winner, whilst Preston North End will undoubtedly be gutted at being eliminated, they should be very proud of their performance.