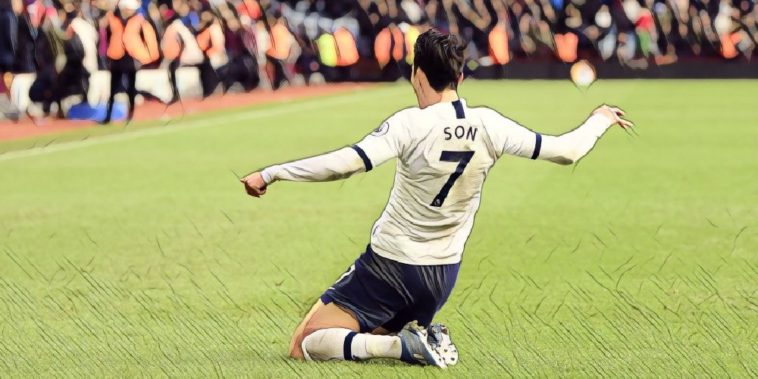 Premier League clubs were permitted to have a timely breather over the past fortnight as fixtures were reduced to accommodate the recess.

With this current round of matches straddled over two weeks, here is a look at five things we learned from the best of the action as the business end of the season comes firmly into view.

Everton have looked a team reborn since Carlo Ancelotti was installed as manager back in December. They have taken 17 points since the wise old Italian coach came in, a run of form which is second only to Liverpool in the entire league during that spell.

Crystal Palace were the latest side to get a taste of this new found ruthless streak as Everton ran out 3-1 winners in an impressive afternoon’s work at Goodison Park. Brazilian attacker Richarlison was the pick of the bunch for the Toffees during their win.

Dictating almost every attack and looking to get involved each time the home side surged forward, the former Watford man showed once again that he posses the quality to help take this side into Europe next season. His goal to make it 2-1 was superb, racing 70 yards up the field before applying a really tidy finish, the Brazilian is purring at the moment.

Richarlison has given Everton the lead 7 times this season, which is the 3rd most by any player in the Premier League for 19/20.

Another team in the mix for the European places is Sheffield United who have won over hearts and minds this campaign with their wonderful brand of punchy football. Chris Wilder’s men had local hero Billy Sharp to thank during a tight 2-1 win over relegation threatened Bournemouth at Bramall Lane.

The 34-year-old stalwart was starting only his fourth Premier League game of the season but was a constant threat to the fragile Cherries back line. Sharp’s tidy equaliser set the home side up from a vital win as they look on course to cap an exceptional return to the top flight with a top-six finish.

With Manchester City’s current European ban in place, a fifth place finish would remarkably see Champions League football played in Sheffield next season. Having lost only seven of their opening 25 league matches, the best run of any promoted side since Fulham in 2001/02, few would deny Sharp and his teammates such a fitting accolade as just reward for their efforts.

Something about the Cherries…

Billy Sharp has now bagged a goal in the home and away games ? Bournemouth this season! ⚔️ pic.twitter.com/s4oU8WNAUC

The last time Norwich City hosted Liverpool in a league game, the Reds fought back to win a ludicrously dramatic match 4-5, a victory which saw wild celebrations on and off the pitch. There was none of that drama on Saturday night though as Jurgen Klopp’s Red machine kept on powering forward albeit courtesy of a tight 0-1 win.

The visitors also had their Brazilian stopper to thank as Alisson Becker once again demonstrated why he is the best of the best in this league. His reading of the play as Lukas Rupp bore down on him in what looked to be a certain goal, was superb. The German opted to square the ball for Teemu Pukki who would have converted had it not been for Alisson’s wonderful intervention, diving low with expert timing to flick the ball away from danger.

It was a simple yet outstanding piece of goalkeeping which kept his side level at a crucial juncture in the match. The Brazil international went on to keep his tenth clean sheet of the season, the fist keeper to reach that figure this term, despite featuring in only 18 matches due to an injury sustained in the opening match of the season.

I love Alisson Becker. I can’t stress that enough. pic.twitter.com/vyQZjO2QSw

Spurs fans had their South Korean star to thank once again this season as they fought back to win an eventful match at Villa Park. They made difficult work of their afternoon in the Midlands on Sunday as Villa looked on course for a hard earned point before Son Heung-min pounced on an awful stoppage error by Bjorn Engles to race clear and apply a composed finish to steal all three points.

With Harry Kane out, Spurs fans would have been justifiably worried about who would help them string enough wins together to fight back up the table and contend for a Champions League place. But with Son now on six goals in his last five games they may be some way towards a very effective solution to their injury woes.

The South Korea international was at his ruthless best at Villa Park as he helped pile the pressure on Chelsea in fourth place, and Spurs will need him fit and firing for their remaining 12 games as they look to reclaim their top four status.

VAR will always dominate the key talking points of Monday night’s clash between Chelsea and Manchester United but credit must go to Ole Gunnar Solskjaer’s men as they ground out an impressive result. They looked sharper and hungrier than Chelsea in the key areas on the pitch, albeit after riding their luck at times to say the very least.

Bruno Fernandes was at hand to supply some wonderful deliveries and registered his first assist for the club with a laser guided ball into Harry Maguire to make it 0-2. United had picked up just four points in 2020 going into this match but they managed to maintain their superb record against the top six with a mature display that boosts their top four hopes and leaves Chelsea with some real problems.