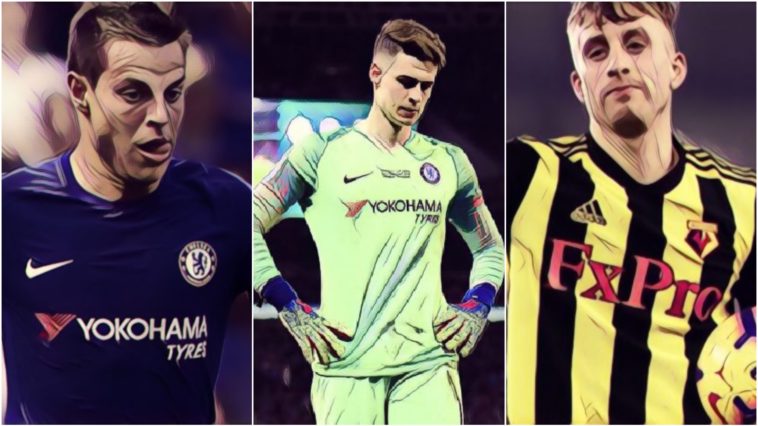 Featuring a doozy of a goal from the Premier League‘s most inconsistently exciting player, a West Ham snake, the level of passing England can expect to see from Declan Rice, and the Chelsea standoff worthy of an Oscar…

It’s impossible to look beyond Kepa Arrizabalaga and his bizarre refusal to come off the pitch when substitute goalkeeper Willy Caballero seemed primed to replace in the dying minutes of the League Cup final against Manchester City.

Siri, out of all the football matches I’ve watched in my life: show me something I’ve never seen before. pic.twitter.com/wtDclA8IK6

On a night when Olivia Coleman would do the country proud by winning the Academy Award for Best Female Actor, this whole saga should have picked up Best Picture for its perfect amalgamation of drama and comedy. If you somehow managed to miss the madness, you can catch up on it all on the site.

Whatever Sergio Aguero can do… Gerard Deulofeu can replicate on a once-off basis against one of the weakest teams in the league. Still, the Spaniard doesn’t have to be as good as the greatest finisher English football has ever seen to be the best player of a given week. And on Saturday he was better than everyone else, scoring a hat-trick and setting up Troy Deeney’s first goal in a 5-1 win over Cardiff City.

Gerard Deulofeu joining Somen Tchoyi and Yannick Bolasie in the campaign to stop you getting 100% on a Premier League Hattricks Sporcle quiz.

Consistency is Deulofeu’s biggest enemy, but when he turns it on, oh boy is he one of the most exciting players to watch in the top flight.

Read: Five of the Best – Assist to goal partnerships in the Premier League

Snake of the Week

Friday was a night of milestones for Javier Hernandez: his equaliser against Fulham saw him become the first Mexican to reach 50 goals in the Premier League while it was also the 150th of his club career and 200th overall. Shame then that he had to do it by punching the ball into the back of the net.

Fittingly, Gerard Deulofeu‘s third goal was the finest of his hat-trick, chipping it perfectly over the head of the helpless Neil Etheridge.

Could Cesar Azpilicueta have looked any more foolish when asked for his thoughts on the Arrizabalaga saga? The Chelsea captain claimed he couldn’t comment on the situation because he was “on the other side of the pitch” and thus could not have possibly known what was going on. In one fell swoop the Spaniard lost all credibility and insulted the intelligence of the watching masses.

Brilliant from Azpilicueta. "I was on the other side of the pitch. I did not see it." The captain. Brilliant.