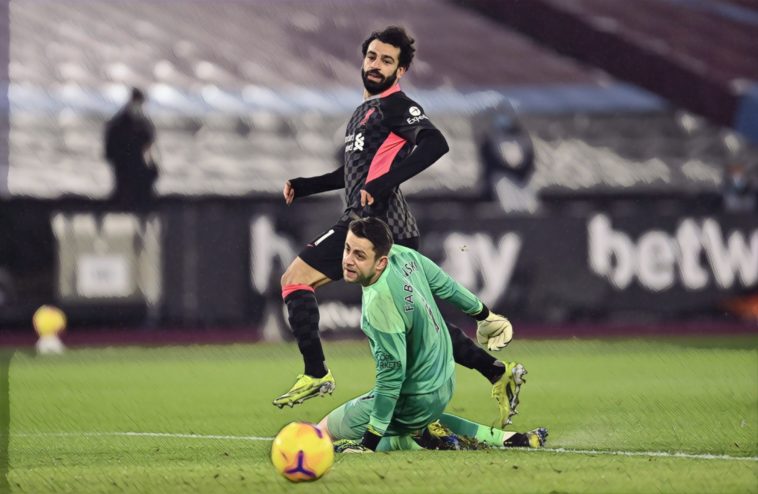 Any victory over Manchester United is special, but Sheffield United’s first win at Old Trafford since 1973 was one of the most incredible results of the season.

Rooted to the bottom of the table, the Blades pulled out a brilliant performance against a lacklustre and jaded Man United side for their first away win of the campaign. The Yorkshire outfit subsequently lost 1-0 to Man City at the weekend, but they will be proud of coming away from meeting the top two in the same week with a 2-2 aggregate score.

Last time out in the PL. 🤝 pic.twitter.com/AtNi2NOPEc

Coming off a run of five league games without a goal, Patrick Bamford bounced back in a big way against Leicester City on Sunday, scoring once and providing two assists in a 3-1 come-from-behind win.

Bamford with a beauty! 😍

That beautiful right foot of James Rodriguez opened the scoring for Everton against Leicester City in midweek, but it’s the way the ball bounces in off the post that makes this such a satisfying watch.

Why Thomas Tuchel is a good tactical fit for Chelsea

Touch of the Week

In case you had forgotten who is the best attacking player in the Premier League, Mo Salah would like to remind you.

"but the tactical dinosaur these days is etc etc"

😬 It's not great from Jordan Pickford…

There was a period of time last season where this column was handing this particular award to the racist idiots who took to abusing footballers on a weekly basis.

Thankfully that has not been the case nearly as much this season, but this week was one of the worst for racial abuse of players online from bigoted anonymous social media accounts.

Marcus Rashford, Axel Tuanzebe, Anthony Martial, Reece James, and Romaine Sawyers were all on the receiving end of such abuse this past week, illustrating just how widespread this problem is.

Humanity and social media at its worst. Yes I’m a black man and I live every day proud that I am. No one, or no one comment, is going to make me feel any different. So sorry if you were looking for a strong reaction, you’re just simply not going to get it here 👊🏾

See Also: Why are the media so reluctant to call out Jurgen Klopp’s deplorable traits?