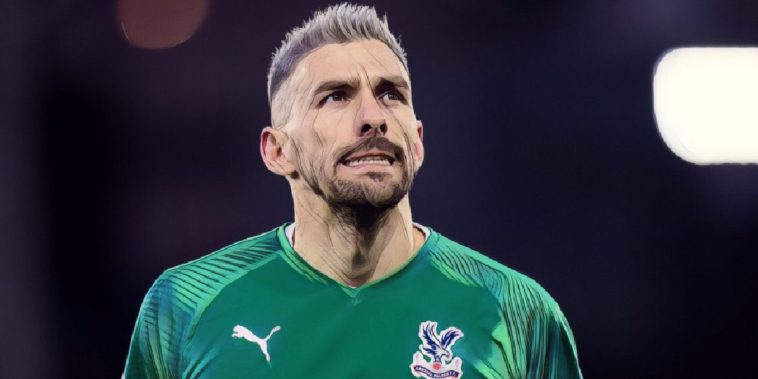 Another week goes by and Liverpool have once again extended their lead at the top of the Premier League, while almost all of the top four chasing sides dropped even more points.

Here some of the heroes and villains of this weekend’s Premier League action.

There is nothing quite like the site of a towering defender powering home a couple of headers is there?

Antonio Rudiger’s timely brace of bullet headers saw his side claim a point at the King Power Stadium on Saturday against Leicester City. The popular German defender clearly enjoyed himself too as he went a bit crazy after his second goal went in. They could however turn out to be vital goals for Chelsea come the end of the season.

Rule one of goalkeeping; keep the ball on the right side of the goal line!

Crystal Palace Vicente Guita clearly skipped this class as he made an absolute mess of a routine catch against Sheffield United on Saturday afternoon. The experienced Spaniard leapt up to claim a pretty bog-standard cross, only to catch the ball before fumbling it over his own goal line.

In what was a turgid match at Selhurst Park, this was pretty much the only noteworthy incident and it’s one that the 33-year-old keeper will not forget in a hurry. Grim.

Goal scoring defenders seems to be a theme this weekend! Everton‘s tough-tackling Colombian centre half was the hero at Vicarage Road on Saturday as his quick-fire brace helped the visitors overturn a two-goal deficit on their way to a 3-2 victory over the relegation-threatened side.

His first was a touch on the scrappy side to say the least, as a pretty epic goalline scramble ensued in first-half stoppage time. However there was still time for another before the break and this time, the 25-year-old was perfectly placed to power home a close-range header and bring his side level, though you have to question the marking from Craig Cathcart.

Not content with scoring an own goal to help Brighton drag themselves back into this match, West Ham‘s Angelo Ogbonna also chipped in with a monumental brain fart and a bit of an assist to be honest, for Pascal Gross.

The experienced Italy international seemed to simply forget how to do a routine clearance as he opted to gently head the ball back to the keeper without any awareness of Gross closing in on him.  The Hammers surrendered their lead in a pretty miserable afternoon at the London Stadium.

They urgently need some big performances from their senior pros now if they are to beat the drop, especially when you look at their upcoming fixtures.

If you haven’t done so already, do yourself a favour and watch Steven Bergwijn’s debut goal for Spurs. In fact, even if you have, go and watch it again, it’s pretty special folks!

The big money Dutchman announced himself to his new club in the most emphatic fashion possible during Sunday’s dramatic 2-0 win over Manchester City. The former PSV man took the ball off his chest before swivelling slightly and lashing the ball home with a thunderous strike. You often see players screw those kinds of balls horribly wide, so to see such lovely technique in action is a real thing of beauty.

Goal of the weekend for sure!

It's #ICYMI with @TAGHeuer ⌚️ pic.twitter.com/B8RJT8LuJm

The England international was guilty of leaving his studs in horribly on Dele Alli during the first half of City’s clash with Spurs. The winger flew in dangerously and was booked for what could have been a leg breaker on his international teammate.

How in the world is that not a red for Sterling? Aubameyang got one for an almost identical foul.

Refereeing is just so wildly inconsistent, seems to get worse every year. pic.twitter.com/IyNK3tW0wW

However, the replays showed it up for just how bad it was and Sterling really should have seen red for it. Of course, Jose was fuming, but this time, he had every right to complain. Not the kind of thing we want to be seeing really.