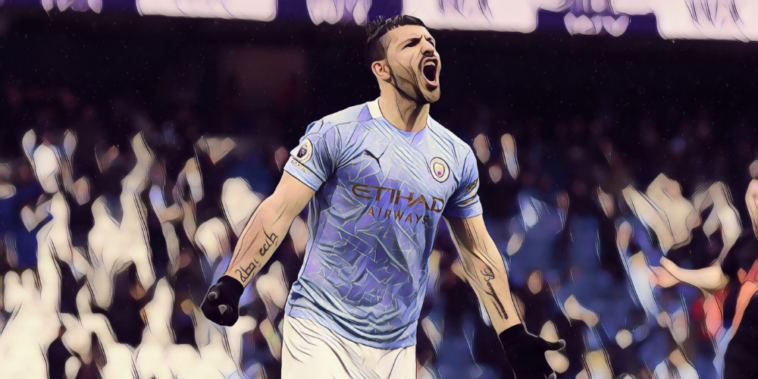 So that is it, the 2020/21 Premier League season has reached its conclusion with newly-crowned champions Manchester City ending the campaign in style.

Departing club legend Sergio Aguero got the perfect send off as Pep Guardiola’s side thrashed Everton 5-0 at the Etihad, whilst there was also goodbyes for Georginio Wijnaldum at Liverpool as the Reds secured their place in the Champions League for next season.

Leicester’s defeat to Tottenham saw the Foxes miss out on the top four despite spending 36 weeks of the season in the Champions League places, with Chelsea sneaking in despite losing at Aston Villa.

Elsewhere West Ham were celebrating, as the Hammers’ highest finish in 22 years secured European football and a place in next season’s Europa League.

For the final time in 2020/21, here is The Football Faithful’s Premier League Team of the Week.

It’s been some season for Emiliano Martinez at Aston Villa, the summer signing becoming a firm fans’ favourite and ending his maiden campaign with another fine performance against Chelsea.

Dean Smith’s side almost ruined Chelsea’s hopes of securing Champions League football with a 2-1 win at Villa Park, with Martinez central to their success with a host of saves to deny the visitors.

The Argentine has been a huge presence for Villa this season and made six saves against the west Londoners, including an excellent stop to deny Ben Chilwell an equaliser with just minutes remaining.

Named as the supporter’s Player of the Season following the final day win, his 15 clean sheets for the campaign equalled the club record in the Premier League era.

An underrated part of Newcastle’s second half of the season resurgence, the Magpies’ 2-0 win at Fulham on Sunday saw Steve Bruce’s side finish 12th after fears over relegation earlier in the campaign.

After spending much of the past two seasons on loan the 26-year-old has returned to prominence this season, impressing in a wing-back role and contributing at both ends of the pitch during the victory at Craven Cottage.

Murphy’s career with Newcastle appeared all but over after a disappointing spell following his £12m move to St James’ Park, but he has shown this season he can be a valuable contributor and the club will hope for talks over a new contract as he enters the final year of his deal – Rangers and Leeds understood to be monitoring his situation.

Just one of several stand-out performers for Manchester City against Everton, John Stones ended a season of renaissance with a typically classy performance against his former side at the Etihad.

Stones oozed class throughout in a resounding home win for the champions, the perfect performance ahead of the club’s title celebrations and this summer’s European Championship with England.

Amid doubts over Harry Maguire’s fitness heading into the tournament, Stones could be England’s main man at centre-back this summer and will head into the tournament in confident mood following a season that has salvaged his City career.

Sheffield United’s return to the Championship has been confirmed for some time, though the Blades bowed out of the Premier League with a final day victory over Burnley at Bramall Lane.

The win over the Clarets came following the kind of defensive performance that has been lacking for much of the campaign, a resilient showing as Sheffield United proved good value for the three points.

John Egan dealt admirably with the aerial threat posed by the visitors, with the in-form Chris Wood given little change from the Irishman who contributed to a showing that will raise positivity ahead of next season’s push for promotion.

The second of Newcastle’s wing-back pairing to make our side, Ritchie was at his usual committed and creative best down the left-hand side during the Magpies’ win at Fulham.

It was the Scotland international’s burst forward that resulted in Newcastle winning a penalty, Ritchie brought down to allow Fabian Schar to step up and nonchalantly convert from the sport.

Victory ensured Newcastle finished the season on a high and Steve Bruce will hope to build on their performances during the run-in after coming through a difficult period.

Rolled back the years in a performance which showed just what he can still contribute to this Manchester City side, Fernandinho’s evergreen class has provided Pep Guardiola with a selection headache ahead of next weekend’s Champions League final.

The Brazilian’s aggression and tenacity led to Sergio Aguero’s first goal as he won back possession in a dangerous area, before crossing for the same player to head home his second of the game.

The 36-year-old agreed a new contract with the club this week and it comes as little surprise to see him extend his stay, the club captain still having plenty left to offer at the highest level.

West Ham are packing their passports and ready for a campaign of European football next season, a 3-0 win at Southampton sealing a place in the Europa League and the club’s highest league finish for 22 years.

Pablo Fornals was the architect of the win after scoring twice at the London Stadium, reacting first to Jarrod Bowen’s spilled effort to open the scoring, before turning home Vladimir Coufal’s cross in emphatic fashion.

The Spaniard tucks inside into our midfield three despite starting on the left-hand side for the Hammers, with his licence to drift inside and alternate positions with Jesse Lingard and Bowen a huge factor in West Ham’s strong second half to the season.

David Moyes deserves huge credit for a brilliant campaign this term and this summer’s recruitment will be crucial to West Ham’s hopes of kicking on again.

The best player in the Premier League enjoyed himself as the curtain came down on another campaign, with De Bruyne brilliant as the champions ran riot against Everton.

De Bruyne was outstanding in the first half as City took control of the game at the Etihad, opening the scoring with a bending finish into the far corner, before assisting Gabriel Jesus to double the advantage.

His passing helped take Everton apart throughout and he revelled in a free-flowing performance alongside the likes of Phil Foden and Riyad Mahrez, as Pep Guardiola’s side showed why they have been far and away England’s best this season.

Arsenal fans may be glad to see the back of the 2020/21 season after struggling to their lowest league finish in more than two decades, but Nicolas Pepe will no doubt have wanted the campaign to extend a few further matches given his purple patch.

Pepe has largely flattered to deceive since his £72m record arrival from Lille, though has shown during the run-in what he can contribute when given an extended run in the side.

The Ivorian has scored five goals across his last three league fixtures, including both as the Gunners finished the season with a 2-0 win over Brighton at the Emirates.

Nicolas Pepe now has 14 goals in his last 18 starts.

It's taken a while, but he has well and truly arrived. pic.twitter.com/yOYZj59yau

The 25-year-old’s double was taken in clinical fashion and will raise hopes he can find consistency in his performances next season, after finishing the season with a flurry and 16 goals from just 28 starts across all competitions.

Sadio Mane has been far from his best in a disappointing season for Liverpool, but a man who has so often delivered when it matters for the Reds was on hand to secure his side’s place in next season’s Champions League.

Mane scored twice against Crystal Palace as Liverpool finished the season in third and sealed a place amongst Europe’s elite, turning home an opener from close range before keeping his cool to fire a deflected second beyond the goalkeeper.

Palace must be sick of him. pic.twitter.com/tXNO7MGgRZ

This was a much improved showing from the Senegal international and victory ensures the Reds’ season has been somewhat salvaged as the dethroned champions bid to rebuild next time around.

A fitting farewell to Manchester City’s record scorer and a bona fide club legend, there was some surprise when the teamsheet was announced without the departing Sergio Aguero leading the line at the Etihad.

Aguero was not to be denied his farewell moment to an adoring home support however, coming off the bench to score twice with both goals taken in the ruthless vein that has defined the Argentine’s game over the past decade.

The 32-year-old’s double also saw him move past Wayne Rooney as the record scorer for a single club in the Premier League, and the division’s highest-scoring overseas player will depart on a high after a disappointing final season.

Sergio Aguero has now scored more goals for one Premier League club than any player in history ✨ pic.twitter.com/j4zLVPyH6A

Success in next weekend’s Champions League final could be the perfect final triumph for Aguero, a fantastic footballer that will be missed by both his club and English football as a whole.