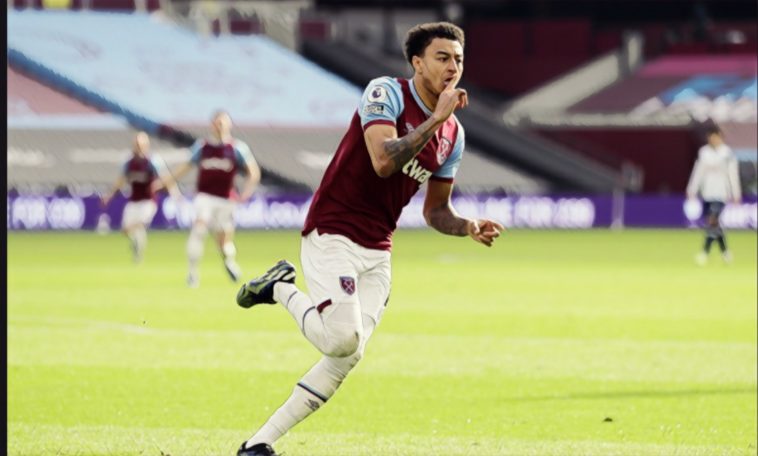 The latest round of Premier League action saw Manchester City’s march towards the league title continue, though there was more misery on Merseyside for Liverpool as the champions suffered derby day defeat for the first time in more than a decade.

West Ham strengthened their chances of reaching Europe after moving into the Champions League places following victory over an out-of-sorts Spurs, whilst Fulham took a huge step closer towards safety after securing a second win within a week.

Plenty of eyes were on the England number one ahead of this weekend’s Merseyside Derby, following the goalkeeper’s role in Virgil van Dijk’s season-ending injury in the reverse fixture at Goodison Park.

Pickford dealt brilliantly with any additional scrutiny, however, as Everton secured a long-overdue victory over Liverpool, his six saves the most the 26-year-old has ever made in a derby fixture whilst still keeping a clean sheet.

It was a strong performance from the goalkeeper who has not always truly convinced, his brilliant stop to deny Jordan Henderson at full stretch and a close-range save from Mohamed Salah particularly impressive.

Nelson Semedo arrived in a big-money deal from Barcelona last summer and it’s fair to say his Wolves career has not yet hit the heights expected, though the full-back produced arguably his best performance for the club in their 1-0 win over Leeds on Friday night.

The Portugal international provided a constant outlet and threatened when venturing forward in the first half, testing goalkeeper Illan Meslier on three occasions during the first period.

Semedo was positive on the front foot and solid defensively throughout as Nuno Espirito Santo’s side continued an upturn in results, finishing the clash with three tackles, two clearances and two key passes.

The leader of Everton’s backline marshalled his teammates superbly on an evening to remember for the blue half of Merseyside, Keane impregnable at the heart of the Toffees’ defence.

No player made more ball recoveries than the England international who made a series of strong challenges and blocks, including a superb last-ditch tackle to deny a certain goal with Sadio Mane about to pull the trigger.

Credit must also go to both Mason Holgate and Ben Godfrey alongside the 28-year-old, though it was Keane who was the standout as Everton boosted their hopes of a top four finish by inflicting yet more misery on their struggling city rivals.

Ruben Dias looks more and more like the Footballer of the Year with each victory Manchester City grind out a result this season, the defender’s impact having been staggering in transforming the league leaders into the division’s stingiest side.

Dias was outstanding once more at Arsenal to keep a 20th clean sheet in just 30 appearances this season, completing 94% of his passes including one beautiful cross-field ball into the path of Riyad Mahrez in the build-up to the game’s only goal.

Another good performance against a tough side! One more win!👊🏼🦈 pic.twitter.com/IFVQMHaImN

The 23-year-old is an exceptional player in his own right but his ability to make those around him shine has been a key factor in City’s charge towards a likely coronation.

Reliable yet again at left-back for Manchester United, Luke Shaw is currently providing the most consistent performances of his Premier League career.

The 25-year-old was once again impressive as the Red Devils beat Newcastle 3-1 this weekend, pushing forward energetically from full-back and providing a number of dangerous deliveries from set-piece situations.

England recognition seems imminent for Shaw who looks a player transformed this season.

Manchester City’s march towards the league title continued with a 1-0 win at Arsenal on Sunday, securing an 18th consecutive win across all competitions with Pep Guardiola’s side looking ominous in their pursuit of success.

Centre stage in a narrow win at the Emirates was a timeless performance from Fernandinho, the veteran brought in for the rested Rodri and producing a dominant display in a midfield anchor role.

The 35-year-old made a series of vital interceptions and was calm and composed in possession, an authoritative performance from the Brazilian showcasing the huge depth of talent available at Guardiola’s disposal.

West Ham fans are beginning to dream of Europe after moving into the Premier League’s top four, the first time the Hammers have held such a position at this stage of the season since 1985/86, when the club secured their highest-ever top-flight finish of third.

David Moyes’ side outfought and outplayed London rivals Tottenham with Declan Rice producing a captain’s performance at the heart of the side, the midfielder getting better and better this season with another all-action performance this weekend.

Another superb performance from the midfielder. pic.twitter.com/UW4abwJHFb

The 22-year-old led his side for tackles, interceptions, possession won and sprints, whilst he produced an incredible clearance to deny a certain goal when racing back towards his own goal-line.

Jesse Lingard’s renaissance at West Ham continued this weekend with another superb showing, the midfielder netting his third goal in just four league fixtures since signing on loan from Manchester United last month.

Lingard had endured a frustrating period on the periphery with the Red Devils but has provided a reminder of his qualities since heading to the London Stadium, the 28-year-old appearing to be enjoying his football once more in a West Ham side seeking Champions League qualification.

Lingard was typically tireless throughout and took his goal in fine fashion with an unstoppable finish, his performances so far having perhaps shown Gareth Southgate that he’s not to a write off at international level just yet.

Read also – Rebooting his career in claret and blue, Jesse Lingard is making up for lost time

Daniel James may never be the most popular figure amongst the Manchester United fanbase and the winger has received his fair share of criticism after fading following a bright start at the club.

James, however, has persevered and has quietly enjoyed an impressive run of form when handed an opportunity this season, scoring for the third successive appearance with a well-taken effort against Newcastle this weekend.

The 23-year-old’s goal came following a performance of signature speed and energy throughout with the Red Devils’ wide players key to breaking down the visitors, whilst it extended James’ record to five goals in just nine starts so far this season.

James may not be an automatic selection on the team-sheet but he has shown he can contribute at vital times when called upon.

Excellent, again. Harvey Barnes has become a key cog in this Leicester side over the past two seasons and continues to improve with each passing performance.

Barnes’ speed and direct style causes plenty of problems for opposition full-backs and he was threatening once more as the Foxes secured an impressive 2-1 win at Aston Villa, providing the assist for James Maddison’s opener before reacting quickest to turn home a rebound and double the visitor’s lead.

The 23-year-old has now scored 13 goals and provided four assists in 33 appearances in all competitions, whilst his nine Premier League goals is level with the likes of Raheem Sterling and Marcus Rashford and more than both Jack Grealish and Jadon Sancho.

13 – Only Jamie Vardy (14) has scored more goals for Leicester this season than Harvey Barnes (13), who has now had a direct hand in nine goals in his last 11 Premier League matches (6 goals, 3 assists). Consistent. #AVLLEI pic.twitter.com/fVFZBuaCYx

Barnes faces a difficult challenge breaking past that list of names and into the England side but he has provided Gareth Southgate with further food for thought since winning his first senior cap in October.

With Dominic Calvert-Lewin deemed only fit enough to return via the substitutes’ bench, Richarlison was once again trusted in a lone central role for Everton’s Merseyside Derby date at Anfield.

The Brazilian has struggled to produce his best performances on a consistent basis this season but took just three minutes to make his mark against Liverpool, running beyond the nervous Ozan Kabak before finishing calmly to open the scoring.

3 – Richarlison is only the third Everton player to score in back-to-back Premier League appearances at Anfield for the club, after Tim Cahill in March 2006 and Kevin Campbell in October 2000. Scourge. pic.twitter.com/qzdHY0mYaU

Richarlison ran his socks off for the cause and put continued pressure on Liverpool’s shaky backline, the 23-year-old showing signs in recent weeks that he’s getting back to his best following an indifferent period of form.