As the Premier League entered 2018 along came the January transfer window and some scintillating football. Find out who made the team of the month for January.

The seemingly never-ending Sanchez saga finally reached its conclusion as he completed a move to Manchester United which saw Henrikh Mkhitaryan going the other way. Arsenal also welcomed the arrival of Aubameyang to the delight of Gooners although Giroud headed to London rivals Chelsea whilst Walcott made the move to Merseyside with Everton.

Lucas Moura and Aymeric Laporte signed for Spurs and Manchester City respectively whereas the world’s most expensive defender, Virgil van Dijk, started his first games for Liverpool after completing the move in December.

Amidst the madness that is the January transfer window there was plenty of action on the pitch too. Manchester City’s unbeaten season came to an end at the hands of Liverpool and Spurs saw off Manchester United in front of the largest crowd in Premier League history. Meanwhile, Swansea mounted an impressive survival effort with wins over Liverpool and Arsenal despite many already believing they were destined to be relegated.

In terms of goals, Manchester City and their frontman Sergio Aguero led the way. The Citizens racked up 12 goals in January as they scored three goals in each of their four games. Aguero managed to bag himself five of those 12 goals in what was an excellent month for the Argentine.

At the other end of the pitch, Leicester City, Manchester United and Spurs were superior defensively. All three managed to only concede two goals whilst also keeping three clean sheets although Spurs’ clean sheets came over five games compared to Leicester and United’s four.

So here is our combined Premier League team of the month for January;

Schmeichel enjoyed an excellent start to 2018 as he only conceded two goals in January, both of which came in Leicester’s final game against Everton. The Danish ‘keeper was also the Foxes’ standout performer in their 0-0 draw with Chelsea as he pulled out some stunning saves.

Not only was Valencia a part of the equal best defence in January but he also managed a goal in his return from injury in a 3-0 win over Stoke. The United right back continues to shine as he is consistently one of the best right backs in the Premier League if not the world.

Alfie Mawson scored the winning goal in an impressive victory over Liverpool. The centre back then went on to grab an assist in a 3-1 win over Arsenal. Both of those results could really provide a catalyst for the rest of the season as they aim to avoid the drop.

Like his teammate, Schmeichel, Harry Maguire played a huge part in Leicester having the equal best defence. The Englishman has been a rock at the back for Leicester in recent weeks with his best performance coming in a 0-0 draw with Chelsea.

Spurs had an excellent month not least defensively. Davies helped Spurs to three clean sheets in their five games whilst also managing an assist in a 1-1 draw with Southampton. The Welshman’s month culminated with a fine performance in a 2-0 victory over Manchester United.

Mohamed Salah remains the only player included in every team of the month this season. However, this was arguably his least productive month yet for Liverpool. Despite that he scored an audacious long-range strike in an impressive 4-3 victory over Manchester City and a penalty against Huddersfield. He also provided an assist in the win over City. 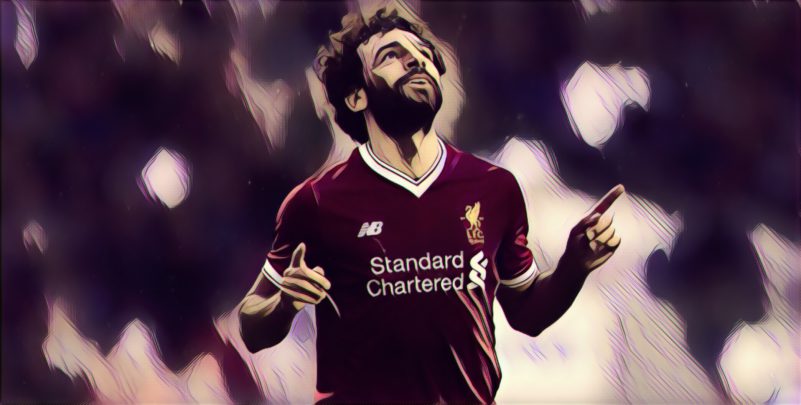 It has been an excellent month for Manchester City’s Belgian midfield maestro. Kevin de Bruyne notched up one goal and four assists in a goal laden month for the Citizens. De Bruyne’s vision, passing and all-round play has been very impressive in recent weeks despite enduring his first loss of the season in the Premier League.

Like his Belgian counterpart over at Manchester City, Christian Eriksen has been at the heart of Spurs’ impressive form of late. With two goals and one assist in three games the Dane has really come in to his own. His performance was one of the key reasons for Spurs’ 2-0 win over Manchester United.

Although Manchester United’s January ended with a disappointing loss to Spurs it was still a productive month for the Red Devils. Martial was key to that as he racked up three goals by scoring in three successive games. However, the worry for Martial will now be whether he can adapt his game to the right wing role following the arrival of Alexis Sanchez. 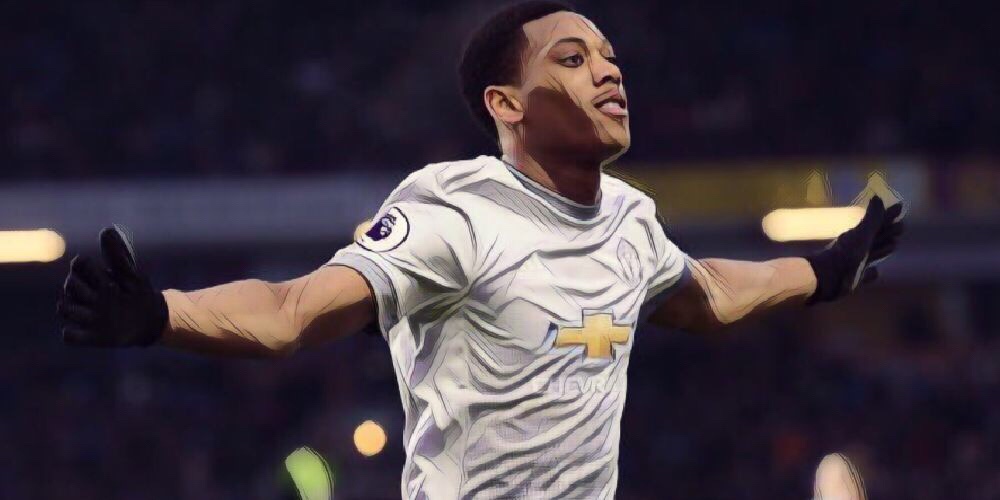 January’s top scorer was Manchester City’s Sergio Aguero. With five goals to his name he has been at the forefront of City’s charge for the title. His most impressive game of the month came against Newcastle United as he netted a hattrick.

Managing three goals and two assists in January, Callum Wilson had an excellent month. Despite some inconsistent performances this season he is beginning to find his form again following a lengthy injury layoff. Wilson’s performances were instrumental in impressive wins over Arsenal and Chelsea.