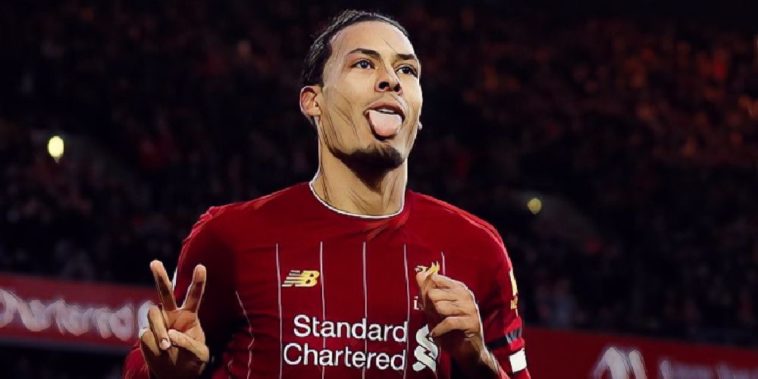 Another weekend of enthralling Premier League action saw Liverpool and Leicester continue their title charges, though there was late drama at St James’ Park as champions Manchester City stumbled.

Elsewhere the resurgence of Tottenham continued, whilst struggling West Ham provided arguably the shock of the weekend to secure a precious London derby victory.

The Nigerian forward has endured a frustrating period since joining Leicester from Manchester City two years ago, largely being on the fringes of the first-team and scoring just five league goals since moving to the King Power Stadium.

However, one of those goals would come in dramatic fashion this weekend, the 23-year-old coming off the bench for his first appearance of the season to inspire Leicester to a comeback win against Everton.

Partnered with Jamie Vardy as Leicester looked to recover from Richarlison’s opener, Iheanacho would provide the assist for his teammate’s equaliser before firing home a late winner, VAR overturning the linesman’s initial offside call to prompt ecstatic scenes.

The goal was a welcome boost to a player who has endured a difficult spell, a reminder of his quality after becoming somewhat of a forgotten man for Brendan Rodgers side.

A well deserved celebration for the Man of the Match 🙌

Nick Pope’s hopes of securing a place in England’s squad for the European Championships took a blow on a poor afternoon for Burnley, twice beaten by shots he would have expected to save during the 2-0 defeat to Crystal Palace at Turf Moor.

It was a pair of poor mistakes from the goalkeeper, who will hope to bounce back and quickly as Sean Dyche’s side prepare to face champions Manchester City on Tuesday night.

Teammate Ben Mee was fortunate to avoid his own inclusion following his own horrendous mistake, on what was a bad day at the office for the Clarets.

What a moment for the West Ham goalkeeper, who made his debut for his boyhood club at 33-years-old and kept a clean sheet as the struggling side secured a huge win at Chelsea.

Martin, son of former West Ham captain Alvin, was reduced to tears at the final whistle following his performance and the shot-stopper will hope to now earn a regular starting position in the absence of the injured Lukasz Fabianski.

There has not been much positivity around the London Stadium of late, so there will be hope that this could prove to be the moment that turns around the fortunes of Manuel Pellegrini’s side.

David Martin on his memorable clean sheet against Chelsea

🗣"For my dad to see that for a club he was at 21 years, it's a fantastic feeling" pic.twitter.com/qoSV30sX92

The Liverpool goalkeeper usually possesses an ice-cool temperament but a rush of blood from the Brazilian almost cost his side dearly against Brighton on Saturday.

Jurgen Klopp’s side were cruising to a victory having raced into a two-goal lead, though Alisson’s decision to rush out and handle the ball saw him dismissed with 14 minutes remaining, with Lewis Dunk firing home the resulting free-kick quickly to set up a nervy finish for the league leaders.

Liverpool would manage to hang on but will now be without their number one ‘keeper for Wednesday’s Merseyside derby, their latest acid test as they bid to prove themselves as champions-elect.

Adrian came on for the resulting free-kick 🧤

And then this happened 😲pic.twitter.com/pXQOQB80pH

Alisson’s aforementioned head-loss may have almost cost Liverpool dearly, though it was their imposing Dutch defender who had placed the club into a commanding position to begin with.

No defender has now scored more goals than the 28-year-old since the start of last season, whilst no team has scored more headers or from more set-pieces than Liverpool, the league leaders possessing a whole host of threats to opposition sides.

Freddie Ljungberg’s first game as interim manager saw him recall the much-maligned defender to his starting side, a decision which perhaps unsurprisingly failed to eradicate Arsenal’s defensive woes.

The German was making his first league appearance of the season and whilst he has endured far poorer afternoon’s than he did at Carrow Road, his presence often brings added nervousness to the Arsenal backline. His management of space, in particular allowing Todd Cantwell far too much time to score Norwich’s second, ultimately proved costly.

In fairness, Mustafi lacked help from his midfield while Callum Chambers also struggled to his right, but it has long been known that the former Valencia defender is below the standard required and his latest showing was yet more evidence as Arsenal’s winless run extended.

See also – Premier League Team of the Week for Gameweek 14