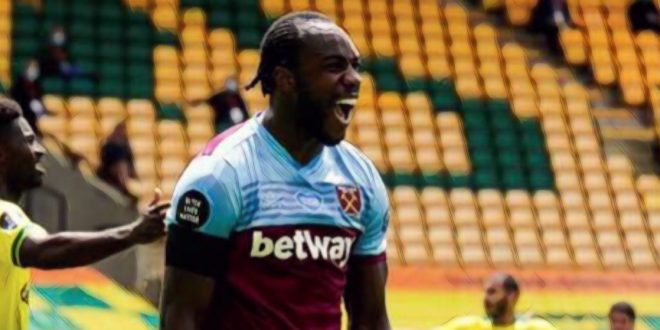 Manchester United‘s four game winning run came to an end on Monday night as Southampton snatched a late draw through Michael Obafemi’s 96th minute equaliser. The Red Devils looked on course to jump into third place and are undoubtedly disappointed with the manner in which they conceded, but this was arguably the best team they have faced since the restart.

It was a rare feeling for Man United, who very often go on to win home matches they are leading at half-time. In the 291 Premier League games at Old Trafford that they have been leading at the interval, they have won 272 and lost none. This was just the 19th time they have drawn in such a scenario.

Bruno Fernandes did at least continue his run of goal involvements with an assist against the Saints, making it four games on the bounce where he has contributed either a goal or an assist. That brings the Portuguese playmaker’s tally since the restart to five goals and four assists, while no other player has contributed more than his 14 goal involvements since he signed in January.

The value of Sterling

Some days everything you touch goes in the net. That’s how it was for Man City‘s Raheem Sterling against Brighton on Saturday anyway, when three of his five shots found the back of the net, including one that bounced off his head as he was falling to the ground and went through the legs of Mat Ryan.

It was his sixth hat-trick to date and his 27th goal of the season in all competitions, making this the most prolific campaign of his career thus far. No other Premier League player has scored more than the England international this season.

Top scorers in all competitions among PL players in 2019/20:

At the other end of the pitch, Ederson kept his 14th clean sheet of the season, making it a dead heat between him and Burnley’s Nick Pope for the Golden Glove award. It took the Brazilian just 106 Premier League matches to reach 50 clean sheets, making him the third quickest among goalies since 1992 behind Petr Cech (82) and Pepe Reina (92).

Compare and contrast these two performances from the past weekend:

On the surface, Sterling had one of his best games of the season, while Salah had one of his most ineffective. But underneath that, their performances weren’t all that different. Perhaps the key differentiator was the fact that the Egyptian came up against Nick Pope, a goalkeeper in red hot form at the moment.

It wasn’t the first time the Liverpool winger has found it tough against the Clarets. In five Premier League meetings with the Lancashire outfit since 2017, Salah has only managed one goal and two assists. Not exactly kryptonite, but there has to be clubs out there wondering how they manage to keep him so quiet.

More importantly for the Reds, though, was the fact they dropped points after drawing 1-1, something we have seldom seen from them this season. It ended a 25-game winning run at Anfield and put the slightest of dents in their hopes of breaking the Premier League points record.

From August to July David McGoldrick has been working tirelessly and playing brilliantly in the Sheffield United frontline, executing Chris Wilder’s gameplan to a tee. The only problem is: he couldn’t buy a goal. 15 big chances, 42 shots, no goals.

That all changed in emphatic fashion on Saturday, as the Irish international scored a brace in the Blades’ huge 3-0 win over Chelsea. A just reward at the right time for the striker.

Now that David 'total xG of 7.34 before today' McGoldrick has finally scored his first Premier League goal of the season, it's Dominic Solanke who has the highest xG for the season without scoring (3.07, which is 0.08 more than Mason Greenwood, who has scored 9 goals).

Meanwhile, Dominic Solanke also ended his goal drought at the perfect time, scoring a brace of his own during Bournemouth’s 4-1 win over Leicester City. If anything, the former Liverpool forward’s wait for a goal was even more excruciating: in his 38 league games for the Cherries, he had failed to find the net, while in his previous 59 league appearances he had only scored once.

We couldn’t end this column without mentioning Michail Antonio’s performance against Norwich City, in which he scored four times. Yes, Michail Antonio scored four goals in one game, the eighth player in Premier League history to do so. The last West Ham player to score four in a league was David Cross all the way back in 1981 against Spurs.

The 4-0 win sent Norwich back to the Championship, but it was a well-earned relegation for the Canaries. Despite their attractive style of play and talented attacking players, they have been dead last in the league when it comes to wins, defeats, goals, shots on target faced, goals conceded and set-piece goals conceded.