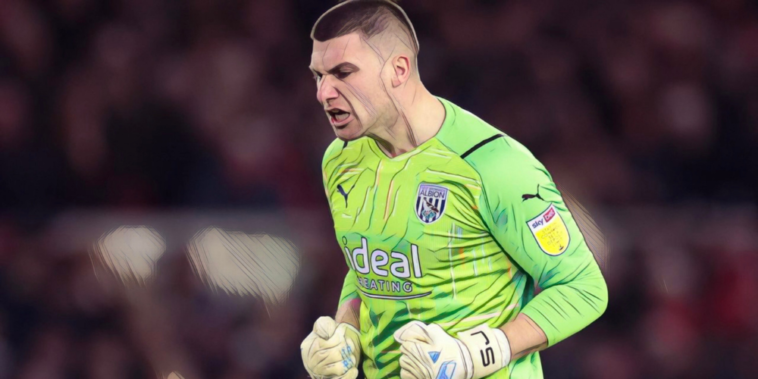 Free agency has become a huge part of modern football transfers and as we approach the end of the season there’s plenty of talent available for nothing this summer.

Premier League sides have enjoyed huge success when shopping in the second tier in recent windows, with the likes of Jarrod Bowen, Ollie Watkins and Michael Olise among the names to have impressed after stepping up to the top division in recent windows.

The Championship is home to some impressive talent right now and there’s a number of appealing names rapidly approaching the end of their contracts.

Fabio Carvalho has enjoyed a breakthrough season as part of Fulham’s free-scoring side, with the west Londoners the runaway leaders at the top of the Championship and heading towards a Premier League return.

The 19-year-old has scored seven goals and provided six assists in the second tier this season, whilst he was included in the Portugal u21 squad for March’s fixtures despite previously representing England at youth level.

Carvalho saw a deadline day move to Liverpool fail to materialise in January, but the Reds are expected to return this summer and are keen to reach an agreement with Fulham despite his contract situation, in order to avoid a tribunal.

Fulham want to avoid Carvalho signing for a foreign side – Borussia Dortmund have been linked – and all three parties are understood to be keen on a deal.

Liverpool allowed Neco Williams to sign on loan for Fulham in January, a potential sweetener ahead of a a summer deal.

John Swift is one of 14 senior players at Reading who have deals which expire at the end of the campaign and is expected to leave as the Royals look to ease the wage bill amid their financial problems.

The midfielder has been linked with several Premier League sides in recent months, with both Aston Villa and Leeds among the sides reportedly courting the 26-year-old.

Swift has enjoyed an excellent season in the Championship and has scored 11 goals for Reading this season, whilst he leads the second-tier for assists with 13 alongside Harry Wilson.

Just one player – Bristol City’s Andi Weimann – has been involved in a greater percentage of their side’s goals this season with Swift directly contributing to 54.5% of Reading’s goals.

Having made just one Premier League appearance before leaving Chelsea in 2016, his experience in the Championship has primed Swift for another chance in England’s top tier.

Sam Johnstone served a long apprenticeship in the lower divisions before earning a chance in the Premier League last season, impressing even as West Brom lost their battle to remain in the top division.

Johnstone made more saves (166) than any other Premier League goalkeeper in 2020/21 and his form earned the shot-stopper international recognition and an inclusion in the England squad for Euro 2020.

Sam Johnstone pulled off a miraculous save as England prepared for #Euro2020pic.twitter.com/mhkNzjHjNW

The 29-year-old will become a free agent this summer after failing to sign a new deal at a West Brom side languishing in mid-table after a challenging Championship campaign.

There will be no shortage of interest in the goalkeeper who has previously been linked with West Ham and Tottenham. Manchester United – the club where Johnstone came through the academy ranks – have also been credited with an interest with Dean Henderson expected to move on in search of regular first-team football.

Jed Wallace is another consistent Championship performer who will appeal to Premier League sides on a free transfer, having been an effective presence during seven seasons at Millwall.

The 28-year-old reached 10+ league goals in each of the past two campaigns and has enjoyed another productive campaign for the Lions, scoring six goals and providing nine assists this season.

Wallace is comfortable in a central role or out wide as a winger and has previously been linked with a move to Burnley, though the Clarets face a fight to remain in the Premier League for next season.

Watford, Leeds, Middlesbrough and Nottingham Forest have also been credited with an interest, the latter two sides in contention for promotion this season and on runs of momentum towards the play-off picture.

Lawrence is part of a Derby County side desperately battling to stay up against all odds, though time – and games – are running out for Wayne Rooney’s team to produce a miraculous escape amid their financial issues.

The 28-year-old is out of contract this summer and will move on as one of Derby’s highest earners, his availability on a free transfer set to turn the heads of several Premier League and Championship sides.

Lawrence has rediscovered his form around goal with 10 in the Championship this season, reaching double figures for the second time in three campaigns.

Versatile and experienced with 23 caps for Wales at international level, he could prove a shrewd pick up on a free transfer for newly-promoted or sides in the lower regions of the Premier League.