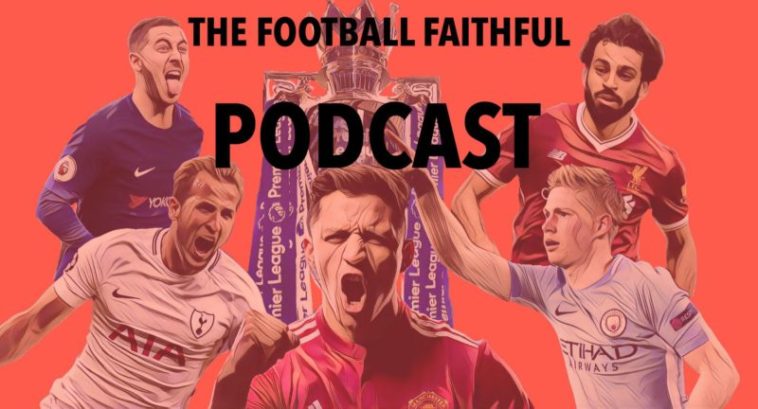 We’re back with the latest episode of The Football Faithful podcast and inevitably the Champions League semi-finals and the final day of the Premier League season dominate proceedings.

Our resident Liverpool fan Ant is proud of his side’s achievements this season, despite the Anfield outfit being pipped to the title by Man City. While even our Manchester United fans have to admit their arch enemy’s total of 97 Premier League points is simply sensational and is a testament to how good of a job Jurgen Klopp has done at the club.

Spurs and Liverpool’s epic Champions League comebacks, which set up a mouthwatering all English final in Madrid next month are discussed, and the lads give their predictions on the final outcome.

As always we also have our weekly quiz and our Pr*ck of the week award, although we’ll admit this week’s Pod was a bit shorter than usual due to time constraints. However, we’ll be back next week with a full-length pod, where we’ll be handing out our prestigious end of season awards.

Check out our exclusive interview with the one and only Chris Waddle.