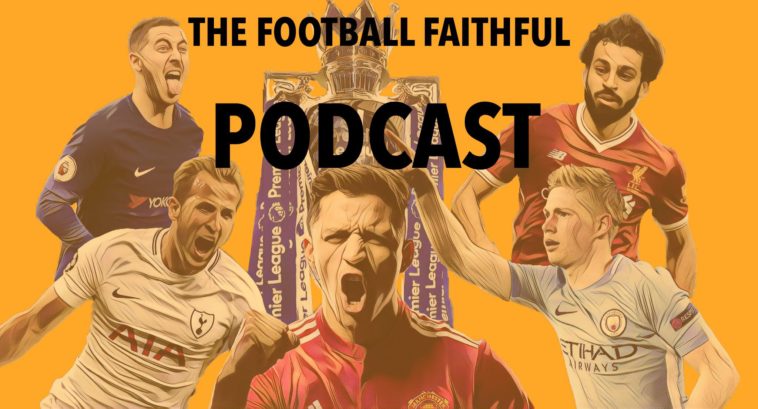 It’s back, your favourite Premier League podcast has finally made it’s much anticipated return.

Much like many of the top Premier League clubs, The Football Faithful Podcast team also had to start the new season without a couple of its star men, with Danny and Karl returning late after their post World Cup holidays.

Even so, Sam, Peter, and new signing Anthony kicked the new campaign off by picking the bones of the opening weekend of EPL action.

The lads predict that it is going to take some stopping Pep Guardiola’s superb Manchester City, with last seasons Champions looking even stronger in certain areas then they did during their record-breaking campaign last time out.

We also discuss what kind of an impact we can expect highly-rated coach Maurizio Sarri to have at Chelsea, and also just how important it was for the Blues to keep hold of star man Eden Hazard.

As always we have our weekly quiz, which is World Cup related this week, before rounding things off with our JT Pr*ck of The Week award.

If you have any questions for the podders email [email protected]