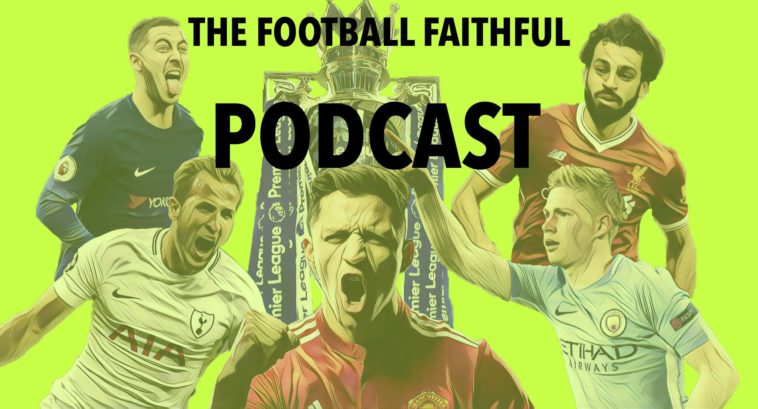 It’s that time of the week when you sit back, relax, and let the Football Faithful Podcast crew talk you through the latest goings on in Premier League land.

Inevitably Manchester United fan Peter is quizzed on the shenanigans at Old Trafford and he admits he’s sick of waking up every morning to see his clubs name dragged through the mud with the non stop barrage of negative headlines dominating websites and column inches. He simply repeats what he’s been saying for weeks ”it’s and absolute shit show at United at the moment,” and he wants both Mourinho and Pogba out of the club asap.

Everybody agrees that the Chelsea v Liverpool game was an absolute cracker and Anthony discusses the vital role Daniel Sturridge could play for Jurgen Klopp’s Premier League title Reds this season. Whereas, Peter thinks Sarri allowing Chelsea players to have a bit of cake again after Conte’s strict regime at Stamford Bridge may just make the Blues dark horses in the title race.

The lads talk about how Guardiola’s Man City are just so good that it’s actually boring and they even do the unthinkable and throw a bit of praise Arsenal’s way.

As always this is only the tip of the iceberg and we have all our weekly features like the Quiz and our Prick Of The Week. So go on give it a listen, you know it makes sense.