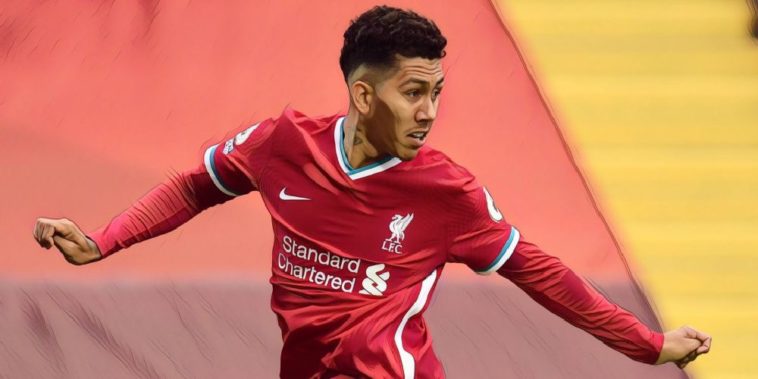 There’s an old age saying in football that form is temporary and class is permanent, a notion that this list of Premier League stars will be hoping is true given their toils over the opening weeks of the campaign.

Several stars have sparkled during a thrilling start to the 2020/21 Premier League season, though there are a number of notable names currently out-of-sorts and failing to replicate their previous exploits.

We’ve picked out some of those struggling of late, here are five big name players whose form has dropped off massively this season:

Last season felt like a turning point for Anthony Martial at Manchester United, the forward having been handed an extended run at centre-forward and re-designated the club’s number nine shirt.

Martial responded with the best campaign of his career and scored 23 goals in all competitions, being named as the Red Devils’ Player of the Season and seemingly ending doubts over his best position.

Ole Gunnar Solskjaer has been vocal in his desire for his forward players to show a greater goalscoring instinct, longingly speaking of the importance of scoring ‘scruffy’ goals and tap ins.

Martial had shown signs of progress in that regard last season but it now feels as if the star has regressed, he is without a Premier League goal in five appearances this season, whist no Manchester United player has missed more big chances in the league and Champions League combined – including blazing over in the recent clash against PSG.

Edinson Cavani’s arrival and instant impact has raised further questions about a player still struggling to find his identity and best role, in what is now his sixth season at Old Trafford.

There is undoubtedly huge ability in Martial, though he continues to struggle to demonstrate it on a consistent basis.

Manchester City‘s free-flowing attack has largely guaranteed of goals in recent campaigns, finishing as the Premier League’s leading scorers in each of the past three seasons.

It’s not quite clicked for Pep Guardiola’s side over the opening weeks of the new season, however, and Raheem Sterling headlines a list of players failing to fire at the Etihad.

Sterling has developed into one of the most productive wide talents in world football under Guardiola, though his contribution has been minimal this season with just two league goals to date.

The 25-year-old’s minimal impact is reflected in the statistics over his opening appearances of the season, averaging just 2.25 shots per 90 minutes and an expected goals per 90 figure of just 0.24.

Those numbers are well down on the 3.36 shots per 90 and 0.67 xG per 90 he managed last season, a campaign which saw Sterling score a career-best 31 goals in all competitions.

City have largely failed to fire this season and last weekend’s 5-0 thrashing of Burnley intriguingly came with Sterling an unused substitute, a player who has often been talismanic for the side in recent seasons well below his usual lofty standards.

Roberto Firmino’s role and importance to Liverpool seems to be an ever-increasing source of debate amongst football fans of late, a once irreplaceable figure in the side seeing his position come under threat.

Jurgen Klopp has previously lauded Firmino as the ‘engine’ of his Liverpool side for his tireless pressing from the front, his industry and intelligent movement central to the Reds despite his failure to score prolifically.

Mohamed Salah and Sadio Mane are acknowledged as the chief goal threats of the champions, though Firmino’s lack of contribution – scoring just three times in his past 25 league appearances – has raised questions over his status.

Those questions have only increased following the stunning impact of summer signing Diogo Jota, who has scored nine goals in just eight starts in all competitions and brings both work-ethic and goal threat to the attack.

Klopp has continued to ridicule those who question Firmino’s importance and whilst Liverpool continue to pick up results he is likely to be proved right, though there is no disputing his tangible contribution must improve if he is to command automatic selection ahead of Jota at Anfield.

Just what has happened to Pierre-Emerick Aubameyang this season?

Aubameyang has established himself as one of the finest finishers in the Premier League since his arrival at Arsenal almost three years ago, scoring 20+ league goals in successive campaigns and winning a share of the Golden Boot during the 2018/19 season.

Last season saw the Gabon international handed the captaincy at the Emirates and he responded by starring as the Gunners lifted the FA Cup, scoring twice in the semi-final and final as the north London side won the first trophy of Mikel Arteta’s reign.

The 31-year-old had bought into Arteta’s philosophies and thrived despite featuring mainly from the left-hand side, before ending the uncertainty surrounding his future by signing a new contract to usher in a new era.

It hasn’t proven that way, however, with the forward having endured a hugely disappointing start to the season, scoring just once from open play in 10 league appearances and cutting a frustrated figure.

Aubameyang has struggled to get involved in the play for an Arsenal side lacking creativity, the positivity surrounding Arteta’s opening months in charge having disappeared following a dreadful run of form.

The forward has endured his worst goalscoring drought for six years with one goal in his past nine, averaging an xG of just 0.14 per 90 minutes from open play so far this season.

An underperforming Arsenal will need to find a way of rediscovering the star’s finest form in the coming weeks, as they bid to bounce back from their worst ever start to a Premier League season.

The exhilarating talents of Adama Traore appeared to be being refined last season, with the winger adding end product to his frightening physical attributes in a nightmarish prospect for Premier League defences.

Traore was one of the stars of last season for Wolves and registered four goals and nine assists for the campaign, the latter the highest-figure of any player playing for a side outside the ‘big six’.

The 24-year-old’s blistering speed and unrivalled power have long been trademarks of his game, and whilst those attributes are still evidently on show his lack of output will be a concern.

Traore has struggled to command an automatic starting place this season with the likes of Pedro Neto and Daniel Podence having been preferred further forward, making five starts and a further five substitute appearances.

Those appearances are yet to yield a single goal or assist for the newly-capped Spain international, a figure that will need to increase if Traore is to continue the progress he has shown at Molineux.