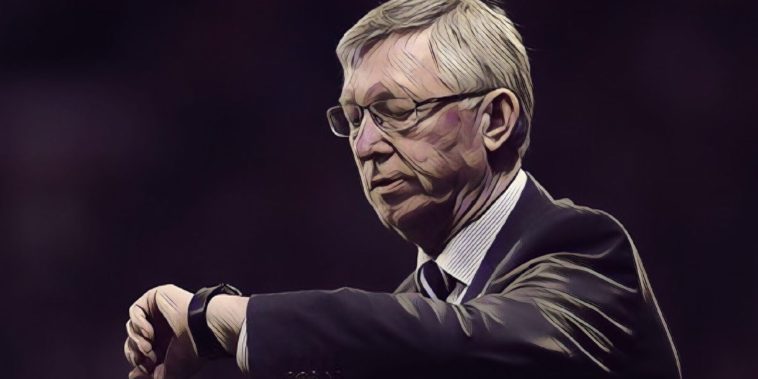 In an age when a lot of managers are happy to pop ten men behind the ball and go for a draw, an actual decent Premier League wins records is becoming as rare as an Olivier Giroud goal.

Now in it’s 26th season, there have been countless men in the Premier League dugout at any point over the past two-and-a-half decades. Here is a look at the five managers with the best win records in the top tier.

Respect, respect, respect! To be fair to the controversial Portuguese it’s a record worthy of reverence. 190 wins in 305 games is a top class record from a man who tore up the league when he first came to Chelsea back in 2004.  A man to get to you solid at the back, disciplined in the centre of the park and deadly on the counter, in his prime, there were not many better.

Three times a Premier League Champion and revered by so many of his ex players, it is easy to dismiss Mourinho due to his recent histrionics at Manchester United.

After his sacking by United it looks like the last English Football will ever see of ’The Special One,’ and despite his unpopularity it should never be forgotten that he has been one of the most talented coaches the top flight has ever seen.

One of Jose’s Old Trafford predecessors, David Moyes has an eye-brow raising 204 wins as a Premier League manager. He is ahead of some pretty huge, successful names in the history of this division despite being an increasing figure of fun in recent years.

Moyes’ record with Everton was pretty impressive, taking over a time when they looked dead certs for the drop after years of serious decline. His fourth place finish in 2003-2004 was a genuinely staggering achievement. However, you cannot help but feel that his stint at the Toffees dragged on for longer than it should have. Had he have left an gone to a club more capable of winning major honours, it maybe could have stood him in better stead for his ill fated time at Manchester United in 2013-2014.

Currently job seeking, don’t bet against him resurfacing somewhere in the Premier League again this season.

Good old ‘Arry Redknapp strolls in to this list with the third highest number of wins in the Premier League. Like Moyes, he is quite a bit ahead of some serious names and is often dismissed as a bit of a jovial, harmless figure.

However, Redknapp’s sides by and large, played some really nice stuff and he was one of the few British managers dedicated to attacking football. His peak years coincided with the likes of Big Sam, Steve Bruce and Tony Pulis’ dogmatic, pretty hideous defensive football. Harry flew the flag for decent, expansive football and ground out 236 wins in the process.

Impressive spells at West Ham, Portsmouth and Spurs, plus eight Manager of the Month awards sees him as a true legend of the league and best ranked Englishman to date.

Fewer men have done more to radically change the face of domestic football in this country then Arsene Wenger. His record of 476 wins shows only a fraction of his great work in North London.

The football played by Arsenal was truly ground breaking in the late nineties and many a side was blown away as Wenger’s team won with style and flair. The Frenchman’s revolution is arguably the most important landmark in the history of the Premier League.

Perhaps his reputation was soiled in those lingering, recent years, and he even he must have harboured doubts about staying on despite the tirade of moaning and abuse he received. However, when all said and done, he is second on this list, three times a Premier League Champion, plus three times a Manager of Season winner. All of that, plus he achieved a season unbeaten in the league which is unlikely to ever be matched.

No prizes for guessing who was going to come out top of this list. Sir Alex Ferguson has winning football matches in his DNA.  A record of 528 games won in twenty-one seasons equates to an average of about twenty-five wins per campaign. It is little wonder then that he romped to thirteen titles between 1993 and 2013.

The fiery Scot instilled a grizzled determination to win in all of his United sides. It wasn’t necessarily that they were the best and easiest side on the eye, there was much more to it. You could never count out a United side with Ferguson at the helm.  Even with a two goal advantage the last ten minutes against his team’s where often tortuous affairs.

His players also had to adapt to the lofty standards he insisted on both on and off the pitch. If your mentality wasn’t right, you were likely to not last five minutes under the gold gaze of Ferguson. He left United as one of the undisputed giant clubs of global football in 2013. Although every other manager would have breathed a private sigh of relief in May of that year, they will all continue to labour on in his shadow for years to come.