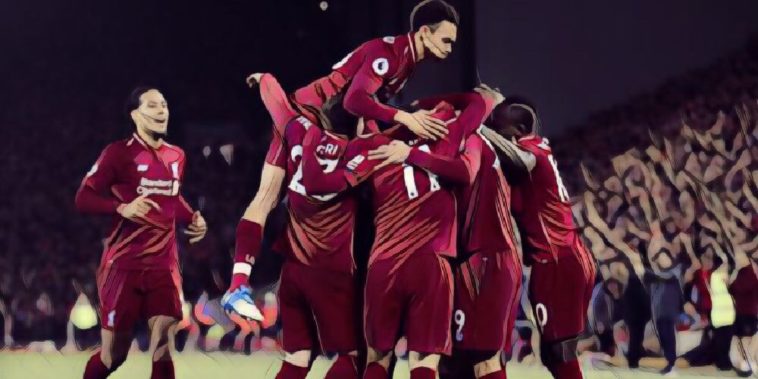 Jurgen Klopp has said that Liverpool did exactly what they intended to do in today’s sensational 5-1 thrashing of Arsenal at Anfield.

The hosts actually fell a goal behind, but put in a sensationally quick response, and went into the half time interval leading 4-1, thanks to goals from Roberto Firmino (2), Sadio Mane and Mohamed Salah.

Firmino added his third after the break to make it 5-1 and to steer Liverpool nine points clear at the top of the top of the Premier League, and speaking after the game, Jurgen Klopp described his side’s response to going a goal down as ‘world class’.

“It’s clear it was a wide game. We were really good and did exactly what we wanted to do. We wanted to press them and cut off their build up. They pressed us as well so it was wild. But then when you get the ball you need to calm down,” Klopp told the BBC’s Match of the Day.

“The response [to Arsenal’s goal] was world class. We stayed calm and really forced the mistakes. Bobby’s [Firmino] second when Sadio [Mane] won the ball. Wow. It was perfect defending.

“We knew in the second half that the game wasn’t finished so we wanted to control it. Mo Salah gave the penalty to Bobby and I almost cried because we all know how much Mo wants to score goals. It was really nice.

“Overall 5-1 against Arsenal doesn’t happen too often so I’m really happy with the boys.”