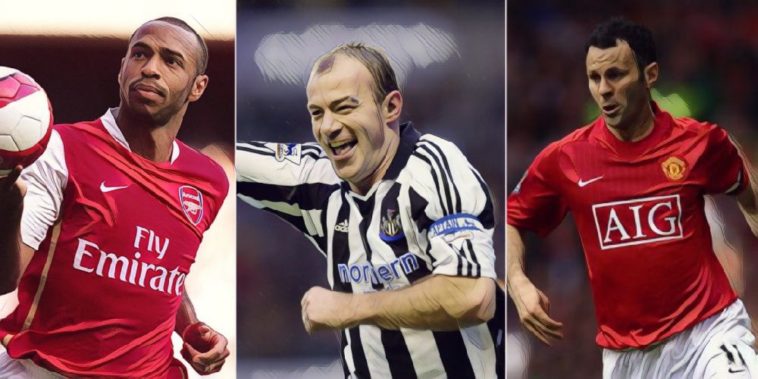 Ian Wright has named the three players he believes should be the inaugural inductees into the Premier League’s Hall of Fame.

Earlier this year the Premier League announced plans to form a Hall of Fame, with its purpose for ‘Players of exceptional skill and talent to be recognised with the highest individual honour awarded by the League.’

The original date for the induction of the first two players was scheduled for March, only to be postponed following the outbreak of the Covid-19 pandemic.

Speculation has continued over who should be the first players honoured, though former Arsenal striker Wright believes the record-breaking achievements of Alan Shearer and Ryan Giggs should place the duo firmly at the front of the queue –  followed by Gunners legend Thierry Henry.

“I’d probably go with those two because Alan Shearer, 260 goals, will it ever be beaten? It’s going to take some unbelievable goalscorer to do it. And then you look at Ryan Giggs, 13 Premier League titles.

“Someone like Thierry will probably be next, only because of the unbelievable achievements of those two players that I’ve just mentioned.

“Alan being the greatest goalscorer in the history of the Premier League up to this date. And Ryan Giggs, that will not be beaten. You’re talking about two players who have got records there that may never be beaten.

“So when you look at Thierry Henry – who for me should be inducted next – you have to say it’s a massive accolade to Thierry Henry, because look at what them two have achieved to beat him.”