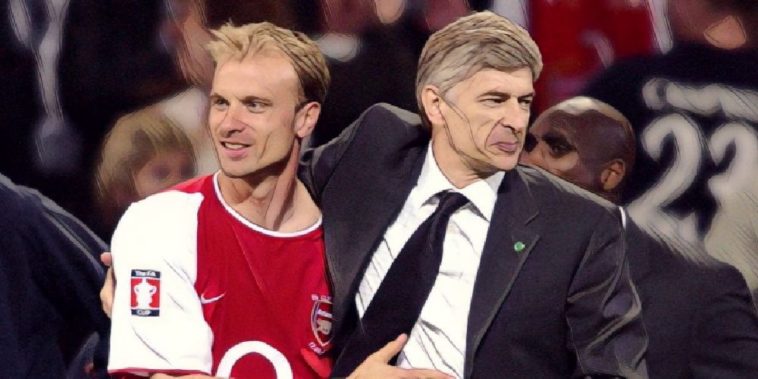 Dennis Bergkamp has revealed how the arrival of Arsene Wenger at Arsenal alleviated his ‘doubts’, following discussions over their shared philosophies.

Bergkamp signed for Arsenal from Inter Milan during the reign of Bruce Rioch in north London, though a poor start to the season saw Rioch sacked in 1996 and replaced by the relatively unknown Wenger.

The Dutchman has now revealed how the appointment of Wenger was questioned by many, but how he was soon won over by the Frenchman – who went on to win three league titles and seven FA Cups with the Gunners – when discussing his plans to take the club forward.

We picked our favourite 90's playmakers and of course, the magnificent Dennis Bergkamp was a unanimous choice. 🙌

“I do remember it was kind of a shock they had to let Bruce go,” Bergkamp told Arsenal’s In Lockdown podcast. “We’d not had the best of seasons in 1995/96 but I think it was good enough to progress to the next season with a lot of confidence, but it wasn’t meant to be.

“There was a certain period between the moment he was let go until Arsene came – I think it was a few months – which was an insecure time for me because I was remembering the lies from Italy again. I was thinking, ‘OK, wait a minute, what’s going to happen now?’

“There were some doubts in my mind but they were soon taken away when Arsene came in because he was the one who had a philosophy that suited my philosophy, it was the same. His philosophy suited my game and therefore there were no doubts once he took over.

“There was a good understanding and from day one we knew what we expected from each other and that’s why it worked.”