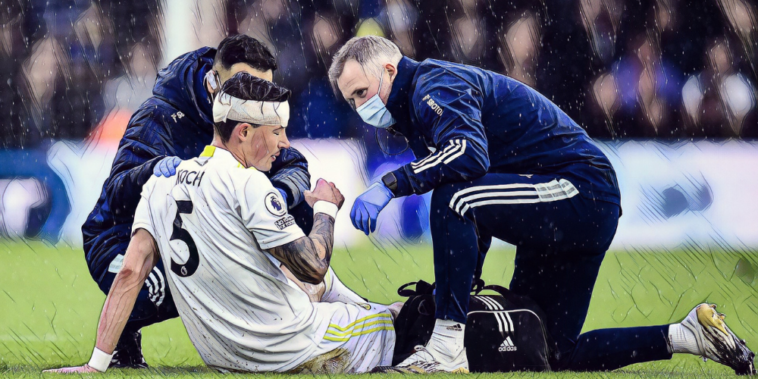 Premier League clubs are ‘pushing’ for rule changes regarding concussion substitutes with a number of sides believing the current regulations are not fit for purpose.

Top-flight clubs have expressed their views and concerns on concussions substitutes, which will be passed from the Premier League to the International Football Association Board, who have been overseeing a trial of permanent concussion substitutes since 2021.

The Mail are reporting that Leeds and Chelsea are among the clubs to have expressed their concerns over the current rules, with the former having seen Robin Koch sustain a nasty head injury during the 4-2 defeat to Manchester United on Sunday.

The Professional Footballers’ Association expressed their concerns after Koch was allowed to play on at Elland Road following his 13th-minute collision with Scott McTominay, before being substituted after 31 minutes following complaints of blurred vision.

A growing number of clubs are believed to be in favour of temporary substitutes for concussion injuries, in a move that would follow the example used in rugby. The move would allow players to be properly assessed by medical staff without leaving sides a player down, before a decision is made on whether they can return to the field of play.

IFAB are set to debate changes to the concussion rules at their annual general meeting next month.