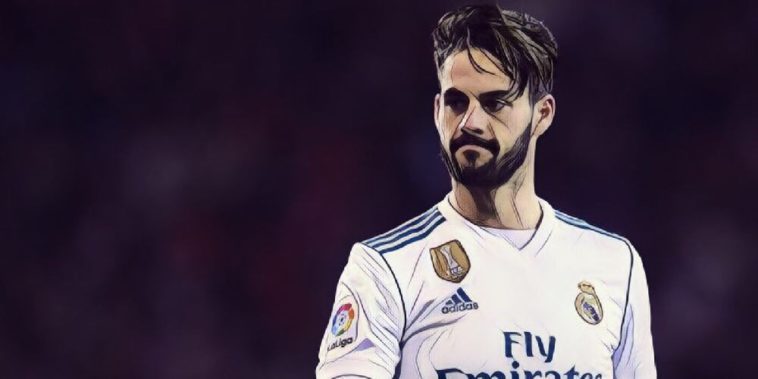 A whole host of Premier League clubs are lining up to sign Real Madrid star, Isco, according to a variety of reports in Spain.

It has been a turbulent season at the Bernabeu to say the least, slipping an incredible 19 points behind their most bitter rivals, Barcelona in La Liga, while facing the unenviable task of facing PSG in the Champions League round of 16. Despite being the current reigning European Champions, Los Blancos are actually second favourites to qualify for the quarter finals.

Should they make an exit from the tournament at this stage, it could spark a huge revolution at the club, with a number of players being brought in to bring more competition and quality to the squad.

However, while there could be plenty of arrivals at the Bernabeu this summer, there could also be plenty heading out of the exit door too. One of those players could be former Malaga star, Isco.

Reports on Spanish reading station El Chiringuito on Tuesday evening suggested that Zinedine Zidane has been left disappointed by the player this season and could be one of the names out of the door.

That has seemingly sparked attention around Europe in signing the 25-year-old, with five Premier League clubs interested in securing his signature.

Diario Gol claims that Manchester City boss Pep Guardiola thinks that Isco could be the ideal replacement for the ageing David Silva, who may not be ‘past it’ yet, but is reaching the latter stages of his career.

However, the report also claims that Chelsea and Manchester United are also interested in the playmaker, who has scored five goals and made four assists in his 18 La Liga appearances this season.

Elsewhere, AS have reported that Arsenal and Liverpool could also be potential destinations for the Spaniard should his spell in the capital finally come to an end.