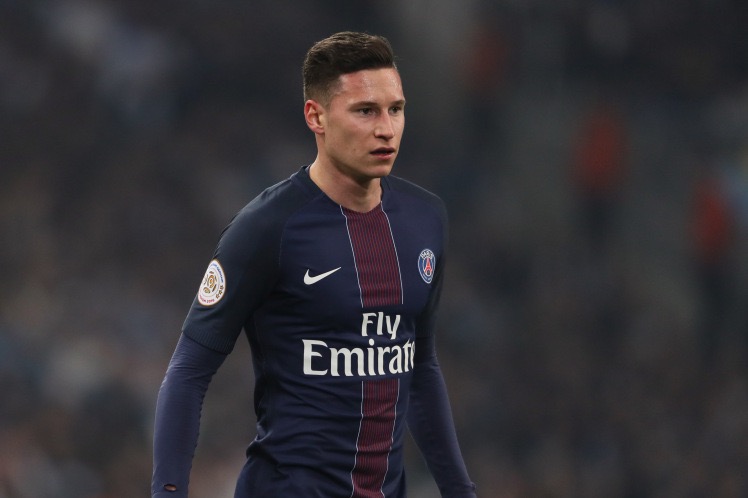 Some of the Premier League’s biggest clubs are interested in signing Paris Saint-Germain forward Julian Draxler.

The Germany international only made the £36million move to the French capital from Wolfsburg in January, signing a four-and-a-half year deal. However, after just six months at the club, he could be on the move again, and there are plenty of Premier League and European suitors aiming to snatch his signature.

The £198m signing of Neymar means that Draxler is no longer a part of Unai Emery’s first team plans at PSG, prompting reports he could leave.

Manchester United, Chelsea, Liverpool and Arsenal have all been linked with having an interest 23-year-old, who could be available for the relatively affordable price of £35million.

Arsenal have had a long standing interest in Draxler, with first reports emerging back in 2014, while Liverpool could sign Draxler as a potential replacement for Philippe Coutinho who is reportedly ‘close’ to a switch to Barcelona.

Manchester United have also been linked to the German, who would be a cheaper and younger alternative to first choice target Ivan Perisic.

However, Draxler’s agent Rager Witterman has insisted his client won’t be leaving the Parc des Princes.

“Draxler will stay and will not be sold this summer,

“Paris is building a group with the best players in the world at every post, and Julian is one of them and he wants to continue to be part of it.”

Inter Milan and Barcelona have also been linked.