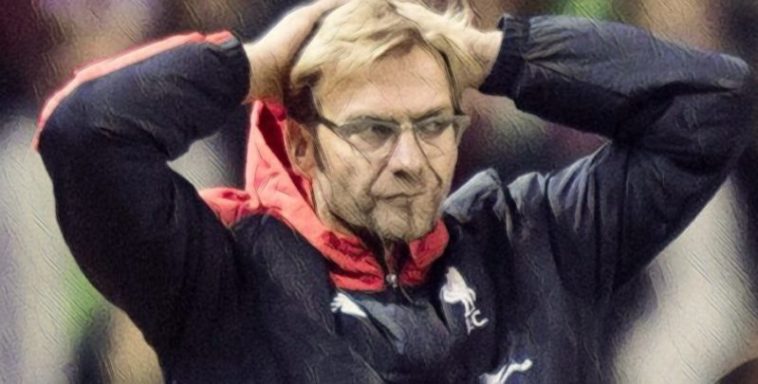 There is reportedly a ‘growing appetite’ among Premier League clubs to completely scrap the 2019/20 season amid the ongoing coronavirus crisis – even if the decision denies Liverpool a first league title in three decades.

Elite football in the UK is currently suspended until April 30 at the very earliest but the conclusion of the season remains far from certain, the ongoing coronavirus pandemic meaning no timescale can yet be set on a safe return for Premier League football.

Various scenarios have been discussed between football authorities including extending the campaign into the summer months, though a growing number of top-flight clubs are now believed to be favouring a situation in which the current season is declared null and void.

There are now well over 11,000 cases of the COVID-19 virus in the UK, with England’s deputy chief medical officer saying on Thursday that it is ‘far too early’ to say when the coronavirus pandemic will reach its peak.

According to David Ornstein of The Athletic, one senior club executive has stated it to be ‘morally wrong’ to even consider resuming football behind closed doors whilst the coronavirus pandemic is at its peak, with some clubs developing strong reservations about the resumption of football and leaning towards the cancellation of the current campaign.

That scenario was initially raised by West Ham vice-chairman Karren Brady earlier this month, though that initially appeared to be off the table, with all of the club’s ‘100% committed’ to finishing the season whatever that may take.

Liverpool stand to be the biggest losers should the season be declared void, Jurgen Klopp’s side currently 25 points clear at the top of the division and just six points away from winning a first top-flight title in 30 years.

Any decision will need to be voted in by 14 of the Premier League’s representative clubs, with the next shareholders meeting scheduled for April 3.

Further down the footballing pyramid in the non-league, as well as in the professional women’s game, the FA announced on Thursday that the ‘2019-20 season will now be brought to an end, and all results will be expunged’.

Read – Five of the greatest ‘Leaders’ in Premier League history