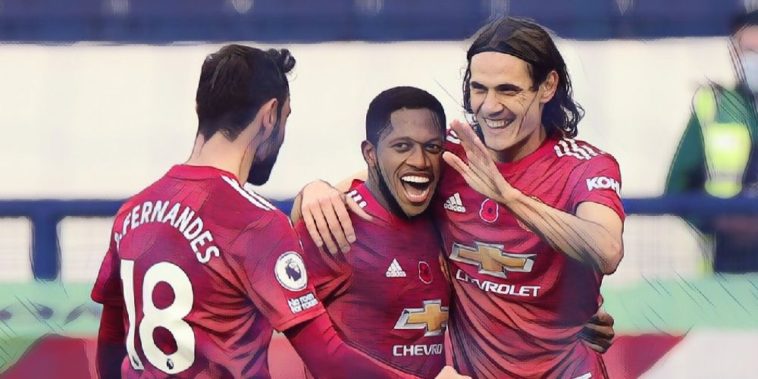 Cavani made the deadline move to the Premier League side this summer, joining on a free transfer after his contract with PSG ran out at the end of last season.

Manchester United‘s move for the 33-year-old raised a few eyebrows considering an increasing number of injuries in recent seasons, with the striker expected to be an alternative to Anthony Martial upfront rather than a regular starter, bringing his wealth of experience to a young United side.

However, former Chelsea midfielder Poyet reckons Cavani will be much more of an important player than some may expect, saying that English supporters have an affinity with ‘passionate’ Uruguayans.

“I think he is going to be more important for Manchester United than people think,” Poyet told the Mail.

A big result for Solskjaer and Man Utd! pic.twitter.com/roxOZZScer

“Look at the last game at Everton. The result was in the balance, he came off the bench, one chance and bang.

“English football is perfect for Uruguayans because we are passionate. Once we sign a contract, we forget about it because the only thing that matters next is winning. English fans love that.”

Cavani opened his goalscoring account in English football in the 3-1 win over Everton last weekend, smartly finishing off a breakaway as he showcased his expert finishing ability off the bench.

Poyet believes that once he and his new teammates develop an even greater understanding, the striker will be afforded more opportunities, praising the striker’s work rate in leading the line.

“He makes an incredible amount of runs,” Poyet added.

“Maybe he makes an unbelievable run and the ball isn’t played. The fitter he gets, the more he understands United’s play, the more he will play.”