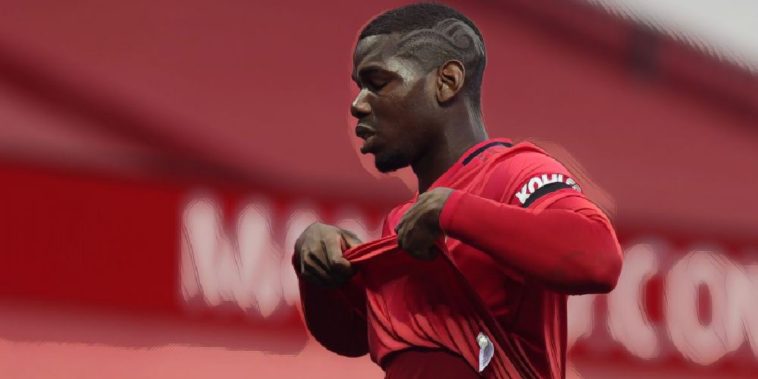 Didier Deschamps has once again fielded questions about Paul Pogba, saying the Manchester United midfielder has been ‘impacted mentally’ by the situation at his club.

Manchester United have started the 2020/21 campaign in wildly indifferent form, winless in their opening four Premier League games at Old Trafford, and picking up just 10 points from their opening seven league games.

Following back-to-back defeats against Arsenal and Istanbul Basaksehir – Pogba giving away a decisive penalty against the Gunners – the Red Devils got back to winning ways prioir the international break with a 3-1 win over Everton.

However, for that game at Goodison Park, Ole Gunnar Solskjaer reverted to playing his now trusted midfield duo of Scott McTominay and Fred, with Pogba only being introduced to the action in the 82nd minute, the club-record signing having struggled for form in the opening weeks of the campaign.

The Frenchman was handed a start for his country in midweek, though the World Champions slipped to a shock 2-0 loss to Finland at the Stade de France, with Les Bleus boss Deschamps admitting he was looking for the midfielder to try to find some ‘rhythm’.

“He’s not in his best form, of course. I knew that before the game,” Deschamps said at a press conference on Friday ahead of their game against Portugal. “This match was meant to give him some rhythm. He knew that he would only play for an hour.”

Pogba has started just five games in all competitions for United so far this season, and once again has been linked with a move away from Old Trafford in recent weeks, and Deschamps feels that his star midfielder has been impacted by his ‘not positive’ situation.

“Like all players who have a club situation that is not positive, they are also impacted mentally. I know him well enough and it can happen at some points,” he said.

“Periods like this can happen. He has the knowledge of the highest level, the pride and the spirit to be able to answer his critics.

“After that, I have decisions to make on all the elements compared to the other players.”

Read – ‘No plans’ for Manchester United to resign Ronaldo