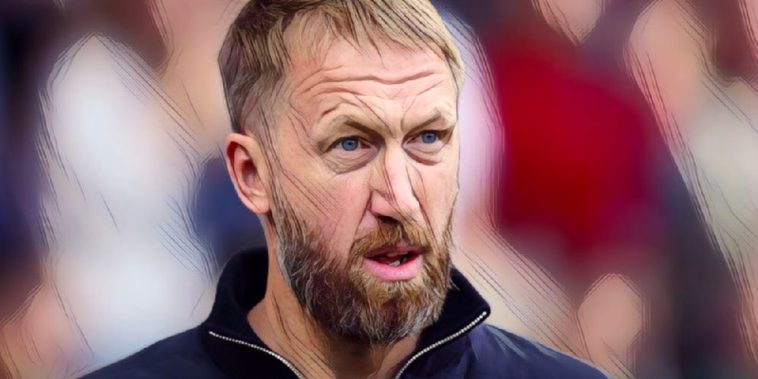 Brighton ensured it would be an unhappy return for Graham Potter as they hit Chelsea for four in an entertaining victory on the South Coast.

It was Potter’s first return to the AmEx since his move to Chelsea last month, with the former Seagulls boss having been unbeaten in his nine games in charge of the West London side, while his replacement on the South Coast, Roberto De Zerbi, had yet to steer his side to victory in his five games at the helm.

It was however De Zerbi’s side that took the lead, the Italian’s side by far the livelier of the two in the opening stages before the in-form Leandro Trossard opened the scoring in the fifth minute. The Belgian received the ball from Kaoru Mitoma, before showing some quick feet to beat Kepa Arrizabalaga and firing home from six yards despite the presence of two Chelsea players on the line.

In the 14th minute, Brighton’s advantage would be deservedly doubled as a Solly March corner from the right wasn’t dealt with at the near post before Ruben Loftus-Cheek steered the ball into his own net.

In what was a breathless start to the game, Chelsea quickly had chances to reduce the deficit through Conor Gallagher and Christian Pulisic, while Brighton continued to pose a threat at the other end.

As the game approached the half-time interval, Brighton added a third, Moises Caicedo playing a lovely threaded ball down the through to Pervis Estupinan, whose cross into the box towards Mitoma was turned into his own net the sliding Trevoh Chalobah.

Two minutes after the break though and Chelsea pulled one back, own goal scorer Loftus-Cheek doing well down the right before laying the ball back to Conor Gallagher. The 22-year-old put in an inch-perfect first-time cross into the back post, with Kai Havertz heading past Robert Sanchez unopposed to make it 3-1.

Brighton have beaten Chelsea in a league meeting for the first time in the club's history.

Graham Potter and the Return to the Amex. ⚡️ pic.twitter.com/76eYQ4IF5V

Both sides had chances to add to the goalscoring, and in the second minute of added time, Brighton would make absolutely sure of the points as they added a fourth. Chelsea carelessly gave the ball away in midfield with Julio Enciso forcing a save from substitute goalkeeper, Edouard Mendy. The ball came back to the Paraguayan who forced Mendy into another save, only for the ball to drop to Pascal Gross who fired home the rebound.

Speaking after the game, Chelsea boss Potter admitted the scoreline was a ‘painful’ one, but credited Brighton for their impressive performance.

“Yes of course. The scoreline and the defeat is a painful one,” he said. “We didn’t really recover. Once the crowd were so engaged it was a difficult one for us. The scoreline was painful. Brighton played a good game, especially in the first half.

“You can always look at goals and think you can do better. We have to take responsibility a bit in the first half. We have had a lot of football but that’s no excuse. We couldn’t quite get to that level. We didn’t take our opportunities in attack and they did.

“We had some opportunities to attack them too but unfortunately we missed the pass or didn’t execute, then the scoreline was a painful one. When you lose you can always do better.”

Potter was booed by sections of the home support, who also serenaded him with renditions of “you’re getting sacked in the morning”, though the former Seagulls boss said he had nothing to apologise for after leaving the club.

“I have nothing to apologise or say sorry for,” he said. “I think I did a good job at the club and left it in a good place but people are entitled to their opinions.

“It’s part of the process. You have to suffer and feel pain in order to grow and get better. Nobody said we were the finished article. We have to take the pain today and learn from it.”