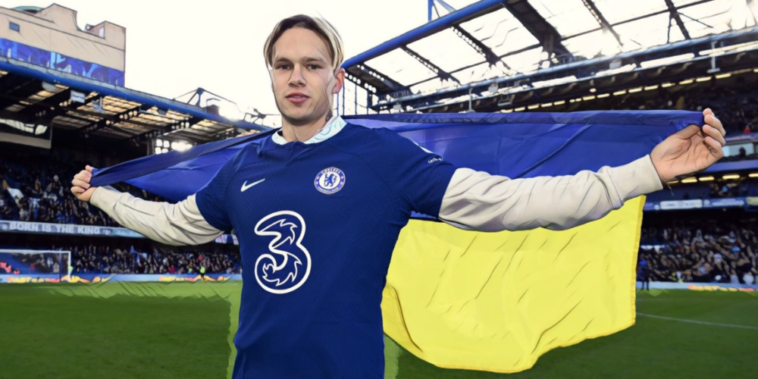 Graham Potter has praised the qualities and character of Chelsea’s big-money signing, Mykhailo Mudryk, but admits there are ‘no guarantees’ that the move will be a success.

Chelsea beat Arsenal to the signature of Mudryk earlier this week, completing a transfer that could reach up to £88 million.

The Ukrainian international is expected to make his Chelsea debut during Saturday’s high-profile clash against Liverpool at Anfield, and Blues boss Graham Potter was full of praise for the character and attitude of the 22-year-old.

“He’s young, so there are aspects of his game he can develop and he’s here to try to do that. You can’t do anything about the noise around him, you have to accept what it is. Now it’s about focusing on helping him settle in and not putting too much pressure on him.

Mudryk signed a lengthy eight-and-a-half-year deal at Stamford Bridge, something that is somewhat unprecedented in English football, though Potter said that there are plenty of advantages in tying a young talent to a long-term deal.

“If you identify the right player and the right person, there are huge upsides to it,” he said. “It’s a project for him and for us, and you can get synergy between the two of you. If things go well, you have a fantastic asset and the club is secure in terms of the contract length.

“It’s a direction the club want to go down, and I’m supportive of that as best I can.”

“Of course, there are no guarantees with any transfer, no magic formula that says this will work,” he added.

“With whatever decision you go into you, you should have the humility to say you haven’t got all the answers. You have to make the most educated guess you can, and try to predict as closely as you can what you think can happen. That’s the challenge for us all.”