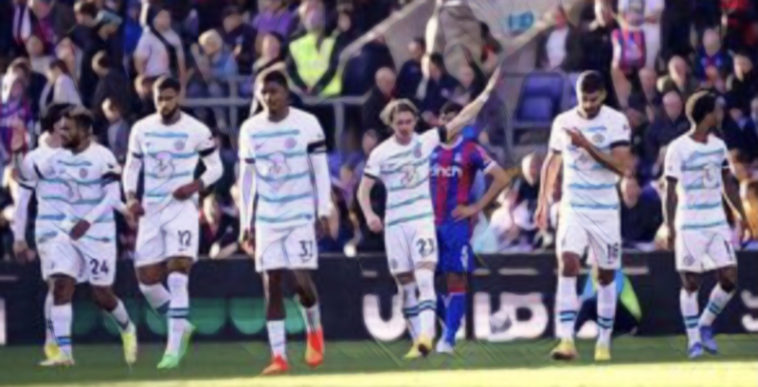 Chelsea secured their first win of the Graham Potter era after earning a hard-fought win 2-1 over Crystal Palace today at Selhurst Park.

Patrick Vieira’s Eagles stunned their London rivals when Odsonne Edouard got on the end of a Jordan Ayew cross to fire the home side into the lead after just seven minutes.

Chelsea began to find their groove as the half went on with England internationals Mason Mount and Raheem Sterling both going close before summer signing Pierre-Emerick Aubameyang eventually found an equaliser. Thiago Silva rose high to head the ball down into the Gabonese striker’s path before he turned brilliantly and fired a clinical effort into the bottom corner.

There wasn’t a huge amount of quality on show during the second period and the game looked destined to end in a draw.

But then, it happened. A classic football story. Conor Gallagher – who was superb during last season on loan at Palace last season – came off the bench and in the 90th minute, he nutmegged Jean-Philippe Mateta on the edge of the area and curled a beautiful strike into the top corner for his first ever Chelsea goal.

Speaking afterwards Chelsea boss Potter was delighted his side had fought back from a goal down and secured the three points.

“We’re delighted with the result. It’s a tough place to come. I thought we started quite well but conceded from the first action into the box,” Potter told BBC Sport.

Graham Potter: “We’re delighted for Conor Gallagher. Of course he has a lot of respect for Palace… but he is a Chelsea player, now”. 🔵🔒 #CFC

Gallagher: “I want to work as hard as I can for Potter, be available when he needs me and give my best”. pic.twitter.com/afI17cMXQK

“Credit to the boys, they recovered well and did not let their heads go down. It was nice to get an equaliser and get back in the game.

“We had to survive moments as they are a good side with dangerous players. To be a goal down and come away with three points is fantastic so credit to the players.

“There’s character, that’s for sure. They could’ve felt sorry for themselves after conceding the goal but the players stood up all the way through.

“There was a collective spirit among the players. We are delighted with the three points.”