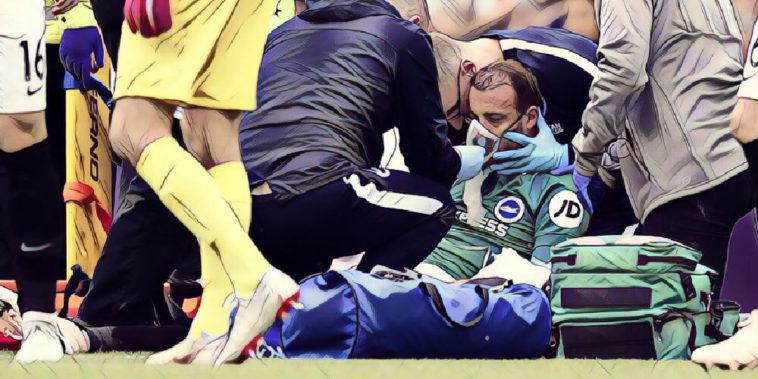 Sky Sports have provided a positive update about Brighton striker Glenn Murray after he was rushed to hospital during today’s game against Newcastle.

Murray was involved in a nasty clash of heads with Newcastle defender Federico Fernandez in just the eighth minute of their clash at St James’ Park, and was given oxygen on the field as medical professionals assessed the striker’s situation.

The game was delayed for around eight minutes to allow the 35-year-old to receive treatment, and he was immediately rushed off to a Newcastle hospital.

However, during the half-time interval, Sky Sports provided a positive update on his situation.

“The news on Glenn Murray is good!” Geoff Stelling said on Soccer Saturday.

“He’s gone to hospital, he is conscious, and he’s having a precautionary scan at the moment.”

Without their main striker, Brighton went on to win the game 1-0, consigning Newcastle to a ninth league game without a win and sending them to the foot of the Premier League.

All of the team here at The Football Faithful wish Murray a speedy recovery and hope to see him leading the line for the Seagulls again soon.