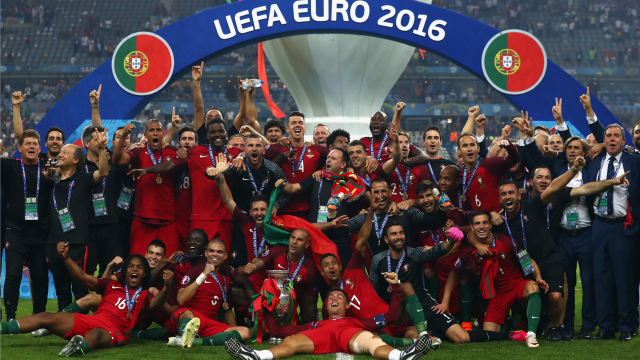 The best way to recognize this influence is by looking at the transfer market each season. With the recent end to the transfer season, the Liga NOS has, for the fourth time in a row, earned the title for most lucrative league of the transfer window. This summer alone, the league’s respective clubs spent a total of €64mil, while earning a much higher total of nearly €300mil. They earned nearly five times more than what they spent, securing an enormous profit of €235mil.

The Portuguese transfer market operates now more like a lucrative business than just as an opportunity to upgrade teams. It was a business started by Porto’s president, Pinto da Costa. His strategy was to seek out young talents from leagues that the top clubs wouldn’t be as interested in and buy them for a reasonably low price. In a few seasons, the player would develop in the Portuguese league and then be sold for a much larger price than before to a bigger club.

This was true for players like Anderson, Mangala, Lisandro López, Jackson Martínez, Falcão and James Rodríguez. These players combined were bought by Porto for a total of €36mil and sold for a whopping €208mil.

This has since been caught on by both Benfica and Sporting, having used similar strategies with the likes of David Luiz, Di Maria, Ederson and Slimani. These last two were first bought each for €300k and €500k respectively. A few years later they left for the Premier League, with the Lisbon rivals happily envisioning what to do with the combined €70mil they had just recieved.

Youth and the Seleção

Although this buy and sell strategy has proven to work beautifully, another very important group of world class players in the league come from youth academies.

One of the best youth academies in the world belongs to Sporting. A long list of notable players who graduated from there includes Figo, Nani, João Mário, William Carvalho, Adrien Silva, Rui Patrício, João Moutinho and, of course, Cristiano Ronaldo.

It is the only academy that has managed to produce two FIFA World Players of the Year. Additionally, of the 14 players who played in the Euro 2016 final, 10 of them were former Sporting youth players.

Benfica and Porto do have a say in this as well, though. Renato Sanches, Bernardo Silva and André Gomes all belong to the Red’s youth academy, while Ricardo Carvalho and André Silva were both “made in Porto”.

The influence of Portuguese football doesn’t end in the Liga NOS though, but extends beyond that into the international stage. The most obvious reference to this is the recent European Championship, Portugal’s first ever international title. Because of the summer of 2016, individuals like Fernando Santos, Renato Sanches and (especially) Eder became famous football figures.

Since the beginning of the 21st century, Portugal has participated in every single major international competition. And in seven European Championship appearances, Portugal have always reached the at least the quarter-finals. They have managed to reach the final twice, losing one and, as we all know, winning the 2016 edition.

In the FIFA World Cup, Portugal’s best participation was also their first one. In 1966, they advanced all the way into the semi-finals, securing the third podium position in the competition.

The Liga NOS is the perfect place for young and talented foreigners who are still not good enough for the English, Spanish, Italian or German leagues.

The top European clubs don’t want to have to develop potentially good players themselves. They usually only look for the ones who can instantly make a difference in the team and who already play in a decent league in Europe. The ones who compete in Africa or South America, for example, have little chance of landing a role in a big league straight away.

That’s where Portugal comes in. In this country, these players have the chance to develop and gain experience in European football. The ones lucky enough to be signed by one of the Três Grandes have the additional opportunity of playing in the Champions or Europa League.

It is also a great environment for those players as the climate and the language is the one they are accustomed to, especially for the Brazilians.

What about the managerial side of football? Is Portugal of any importance there? Of course it is.

José Mourinho, André Villas-Boas, Leonardo Jardim and Fernando Santos have all stood out as incredible managers in the big leagues. Together they have amassed a total of 12 league titles, 5 European titles and one International trophy in the last 15 years.

The Special One alone has earned 25 trophies and is currently the 5th most successful manager in the world and regarded by some as the best ever.

Leonardo Jardim has become a success in French club Monaco, having had a phenomenal 2016/17 season. He guided his team to their first Ligue 1 title in 17 years and achieved an amazing European campaign, reaching the semi-finals of the Champions League.

This is the third time Euro 2016 is mentioned in this article, but credit must quickly be given to Fernando Santos who led the Portuguese national team to their first ever international title in his first year managing the squad. A remarkable feat for any manager.

With monumental transfer deals becoming a trend in modern football, there is a specific group of people who exist to make these deals possible. Agents. And speaking of agents, guess who is regarded as the best agent in the world. That’s right, it’s yet another Portuguese, Jorge Mendes.

Mendes is responsible for dealing with the signings of Ronaldo and Quaresma to Sporting. He is behind nearly all of the transfers from Portugal to other top clubs.

His most famous clients include world-class players like Cristiano Ronaldo, Diego Costa, James Rodríguez, Angel Di Maria and Renato Sanches and also the Special One himself, José Mourinho. In 2014, the super-agent was behind four of the top seven transfer deals that summer.

Currently, he is the wealthiest football agent on the planet.

Going back to the Portuguese elite, Sporting, Benfica and Porto are top class clubs not only domestically, but in Europe as well. Portugal are ahead of France when it comes to Champions League titles, with Benfica and Porto winning the competition twice each, while the French have only lifted the trophy once.

Porto is currently the 10th most successful club in Europe, boasting seven trophies in all UEFA competitions. On the other hand, Benfica is the sixth team with most participations in Champions League finals. In total, Portugal have 11 European titles.

The 2011/12 season was especially great for the country, as three of the four semi-finalists in the Europa League were Portuguese. The final therefore was a contested match between two clubs of that same country, Porto and Braga.

And although Sporting don’t have a European record as impressive as their rivals, they have a few things to boast about.

Firstly, Sporting do have a UEFA title, having won the European Cup Winner’s Cup in 1964. In that same year, Sporting caused Manchester United to suffer their heaviest defeat ever in a match that ended 5-0.

Secondly, in 1955 Sporting were invited to take part in the first ever match of the prestigious UEFA Champions League against Partizan. A Sporting player was also the first ever to score a goal in the UCL.

Cristiano Ronaldo. Four Ballons d’Or. One of, if not the greatest player in football history. Portuguese.

A final look at Portugal

Portugal is, and always has been, a major influence in football around the globe. There is clear evidence of this. Without Portuguese football, the on-going legendary battle between Ronaldo and Messi would not exist. There would be no Special One. The European Championship trophy would belong to another country (probably France). And a lot of great players might never have prospered without the help of the “super-agent”.

In a country where football is a way of life, Portugal will never stop being a universally recognized beacon of everything related to “the beautiful game”.

great article, agree entirely. 2 players you failed to mention… eusebio and record-holder peyroteo, probably the world’s most successful goalscorer ever