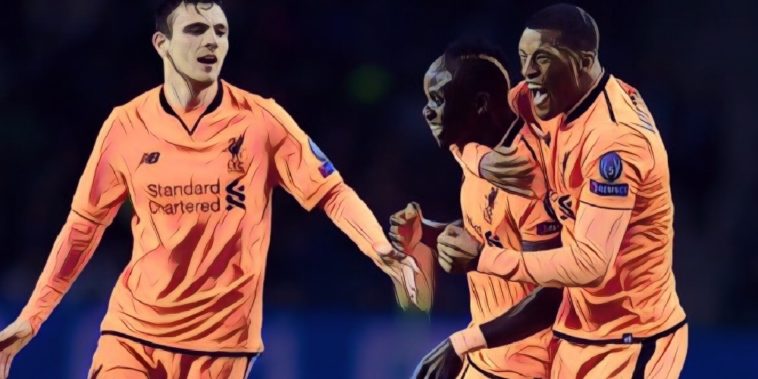 Liverpool all but secured their place in the quarter-finals of the Champions League with a thumping 5-0 victory over Porto. Here’s five things we learned.

Porto felt the full brunt of Liverpool’s attack as the Reds took the game to them. Many teams would have played this tie much more conservatively with the second leg at Anfield in mind. However, Liverpool were not to be deterred as they confidently threw caution to the wind.

It wouldn’t have come as a surprise to Porto that Liverpool favoured an attacking style of play but what we did learn was just how offensive Liverpool are willing to go. That is especially considering the fact that Liverpool got themselves in to a position where they could have sat back knowing they’d have the upper-hand at Anfield.

With the tie all but over Liverpool have sent a warning to others in the Champions League that their attack is to be feared. Mentally that will put Liverpool in a great position in the following rounds as their opponents will likely be fearful of leaving themselves exposed at the back.

Virgil van Dijk was a blockbuster January signing when he arrived for a staggering £75m. However, he is already beginning to repay his transfer fee. Together with Dejan Lovren the centre back pairing produced a mature display as the two former Saints men already look a formidable partnership.

A key factor in this strong partnership is the ability to win the ball in the air. Virgil van Dijk has won more aerial duels per 90 minutes than anybody else in the Premier League this season whilst Lovren is fifth. That looks to be the foundation for the pairing, however Joel Matip provides an interesting option as back up due to his ball playing abilities.

Whereas van Dijk is excellent both in the air and with the ball at his feet Lovren and Matip only possess one of those traits. So, whilst Lovren and van Dijk may be the first choice pairing Matip provides a good option for when Liverpool need to enjoy more possession.

Particularly in the first half, Porto sought to establish an intricate passing philosophy to their game. Whilst that may have produced some football that was easy on the eye it failed to acknowledge the style of Liverpool.

The 4-4-2 that Porto started with gave the two central midfielders a lot of freedom to get involved in the attacking third. The problem with that though was that although they regularly created promising chances for the strikers they vacated any sort of defensive responsibilities.

In the end Porto produced an unintelligent display that gave Liverpool a field day particularly up front. A special mention has to go to Sadio Mané who showed that his class is still present as he scored a brilliant hattrick which was concluded with a brilliant long-range strike.

The Downward Slope of Portuguese Football

Portuguese teams haven’t looked particularly threatening in the Champions League for some time now. Not since Mourinho’s Porto team in 2004 has a Portuguese team won the competition and a Portuguese team doesn’t look like winning it in the near future. The nation’s footballing standard is a long way from that of the 80’s and 90’s.

Despite Portugal’s Euro 2016 victory that success doesn’t seem to have translated to domestic football. Part of the reason for Porto being on the receiving end of this 5-0 thrashing was their complacency in their form.

Before this match they were in excellent form and sit two points clear at the top of Primeira Liga with a game in hand. The lack of domestic competition hurts Porto in the Champions League similarly but on a less extreme level to Celtic. They too find domestic football straightforward but struggle when tasked with facing Europe’s elite.

The Champions League remains the only competition that Liverpool have any chance of winning. The Premier League looks to be deservedly going to Manchester City and the Reds were knocked out of the League Cup and FA Cup fairly early.

Liverpool failed to win a single League Cup game this season being knocked out by Leicester City 2-0 whilst they were defeated 3-2 by West Brom in the FA Cup following a 2-1 over Everton in the previous round.

A question is then raised as to why Liverpool struggled so much in the domestic cups compared to the Champions League. For once, Jürgen Klopp cannot be blamed for naming weak line-ups as he put out near full strength teams.

When you compare Liverpool’s domestic cup performances to their Champions League performances it becomes immediately clear that they show a much higher level of desire in continental football.

Some might argue that it is only natural to show more desire in a more prestigious competition such as the Champions League but Liverpool have to show more of a craving for domestic cup success if they are to win more trophies.