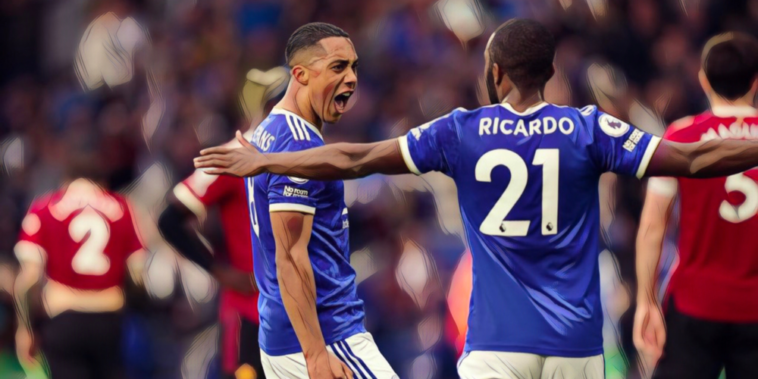 Manchester United’s poor run of form continued as they slipped to a 4-2 defeat in an entertaining clash with Leicester City at the King Power Stadium on Saturday.

The major news prior to kick-off was the return of Harry Maguire to the starting XI, despite fears that he would again miss out through injury, while Ole Gunnar Solskjaer also welcomed back Marcus Rashford into the matchday squad for the first time this season after his three-month absence.

After an even opening, it was Manchester United who struck the first blow, with Mason Greenwood cutting in onto his left foot and unleashing a stunning strike from just outside the box to put his side ahead, having moments earlier seen a similar effort comfortably saved by Kasper Schmeichel.

The hosts almost hit back instantly, yet saw Ricardo Pereira’s cross-shot agonisingly squirm past the post with Jamie Vardy failing to get on the end of it, while at the other end Cristiano Ronaldo – on his return to the starting XI – fired an effort straight at the ‘keeper from close range.

With Brendan Rodgers’ side beginning to take control, they deservedly drew level midway through the first-half courtesy of Youri Tielemans, the Belgian seeing his delightful curling effort loop up and over David De Gea, after good work from Kelechi Iheanacho to pounce on some slack defending from former Leicester defender, Maguire.

The second period started slowly before sparking into life in the final ten minutes or so, with the home side edging ahead through Caglar Soyuncu after a scramble inside the penalty area at a corner, after De Gea had earlier brilliantly denied both Tielemans and substitute Patson Daka.

The returning Rashford then fired United level just moments later, a superb raking pass from Victor Lindelof finding the run of the England international who thrashed past Kasper Schmeichel with aplomb to give his sides hope of a turnaround.

Incredibly, just 15 seconds after the restart, and Leicester were back in front, the Foxes attacking down the left straight from kick-off before cutting the ball back to the unmarked Jamie Vardy who fired his side ahead.

With the game into stoppage time, summer signing Patson Daka sealed all three points after bundling the ball home at the back post for his first goal for the club.

That dismal defeat ensured its just two wins from seven for United in all competitions and also brings to an end their 29-game away unbeaten run in the league, with midfielder Paul Pogba critical of his side’s performance, mentality and tactics.

“We deserved to lose,” Pogba told the BBC.

“To be honest, we have been having these kind of games for a long time.

“We have not found the problem, conceding easy goals, stupid goals. We need to be more mature, play with more experience and arrogance in a good way. We need to find something, we need to change.

“We need to find the right mentality and the right tactic. Stick with it and resolve the problem.”

Man United are next in action at home to Atalanta in the Champions League on Wednesday night, before they face a crunch clash with bitter rivals Liverpool in the league on Sunday.