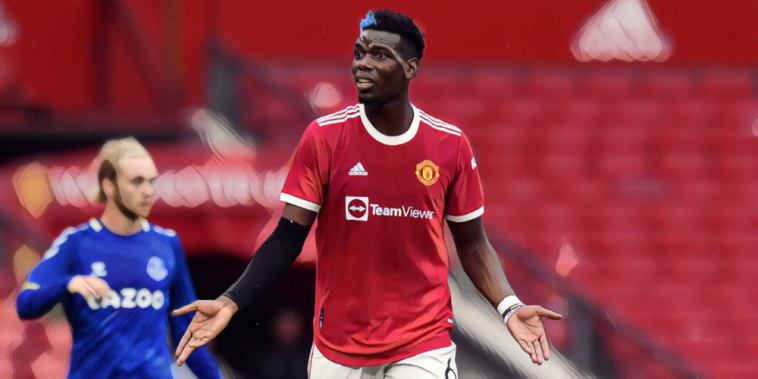 Paul Pogba is said to be ‘leaning towards’ remaining at Manchester United following the club’s re-signing of Cristiano Ronaldo.

Pogba has entered the final season of his contract with the club and was linked with a move to Paris Saint-Germain during the summer transfer window, though the Red Devils impressive window of recruitment has reportedly led to the midfielder re-considering his future.

The France international has started the Premier League season in superb form, producing a league-leading seven assists in just four appearances and The Athletic are reporting that Pogba is now ‘leaning towards’ signing a new contract at Old Trafford.

The signing of Ronaldo – alongside additions of Jadon Sancho and international teammate Raphael Varane – are understood to have made the prospect of Pogba staying at Manchester United a ‘realistic possibility’ with confidence having increased that Ole Gunnar Solskjaer’s side can enjoy a period of success.

There has yet been no real progress over negotiations however, with United having made contingency plans in the even of the 28-year-old’s departure with Real Madrid another potential destination should the midfielder leave on a free transfer.

That said, the return of Ronaldo in particular is said to have galvanised the squad and Pogba has been described as a ‘strong chance’ of putting pen to paper on a new deal.