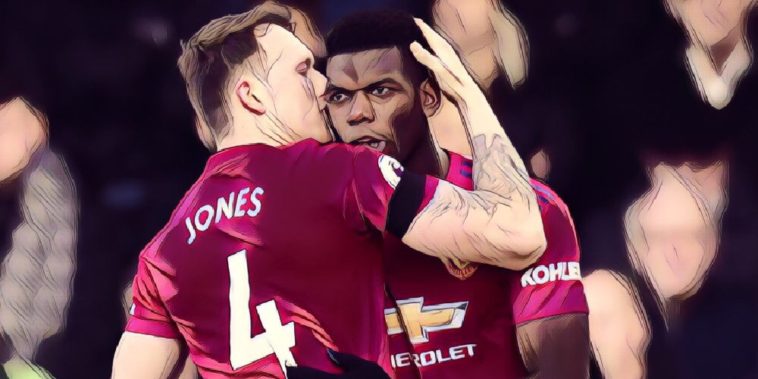 Having scored two goals against Fulham, Paul Pogba has insisted that Manchester United’s top four ambitions will be decided in the ‘big games’ that are coming up.

Manchester United caretaker boss Ole Gunnar Solksjaer made six changes to the side that beat Leicester last weekend, with only David de Gea, Luke Shaw and the midfield trio retaining their place as the Norwegian looks to keep his side fresh ahead of Tuesday’s Champions League clash against PSG.

While Fulham made a few early chances, United quickly seized control of proceedings, with Paul Pogba opening the scoring with a fine left-footed finish from a tight angle, before Anthony Martial made it 2-0 after just 23 minutes with a lovely solo effort.

A second half penalty from Pogba ensured all three points returned to Old Trafford, and propelled United into the top four for the first time since the opening weekend of the season.

Speaking after the game, the World Cup winning midfielder wasn’t getting too carried away with their current league position though, saying that their Champions League ambitions will be decided against the teams around them.

“It feels great, that’s what we wanted since Ole [Gunnar Solskjaer] came. We talked about this there’s still a long way to go but we want to stay there,” Pogba told Sky Sports.

“We were very far behind and now we get back to the top four but there’s still a long way to go with big games coming up so it won’t be easy. The big teams now they just stay there. It will be the big games coming up now that decide where we end the season.”

Pogba has been in fine form since the appointment of Ole Gunnar Solskjaer, with his brace today taking his tally to eight under the Norwegian’s management.

“It’s always great to score goals, most important is to win games. When you score but don’t win it’s not the same feeling. I shot, I just tried with my left foot and the ball went in,” he added.

“I just focus on trying to put the ball inside the goal. This game was very important, like you can see we are fourth, even though Chelsea haven’t played. It’s a good sign, even though we have to carry on to stay there.”