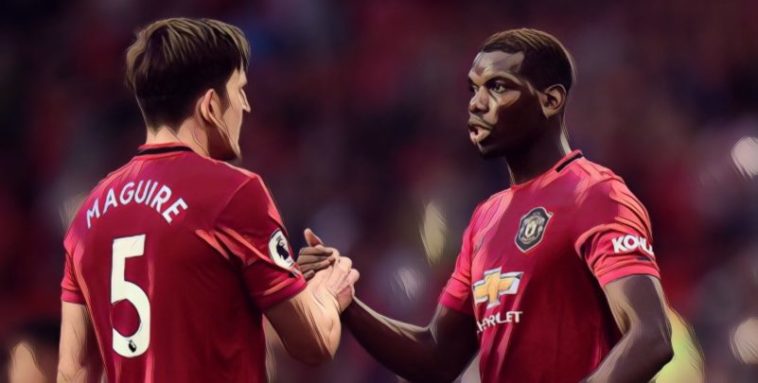 Paul Pogba has praised the performance of debutant Harry Maguire in Manchester United’s 4-0 win over Chelsea on Sunday.

England international Maguire became the world’s most expensive defender after joining United in an £80m deal from Leicester this summer, the 26-year-old producing a commanding performance in his first appearance for the club.

Despite United’s ruthless second-half attacking display, Pogba reserved special praise for centre-back Maguire after a composed performance at the heart of the defence.

“I call him ‘The Beast’. Honestly, as you saw, he was really impressive. He is a leader. He fit right in with us in training,” Pogba told reporters after the game.

“We talked about controlling the defence well and he has a good understanding with Victor [Lindelof]. It was a very good match to start with from the whole team.

“In the first half, we were dominated in terms of chances and possession, but we reacted in the second.

“Our changes enabled us to take over. We were better in possession and in terms of chances.

“We were lucky to have the lead through the penalty in the first half, but after a bad start, we finished the match well. We are satisfied with our performance.”