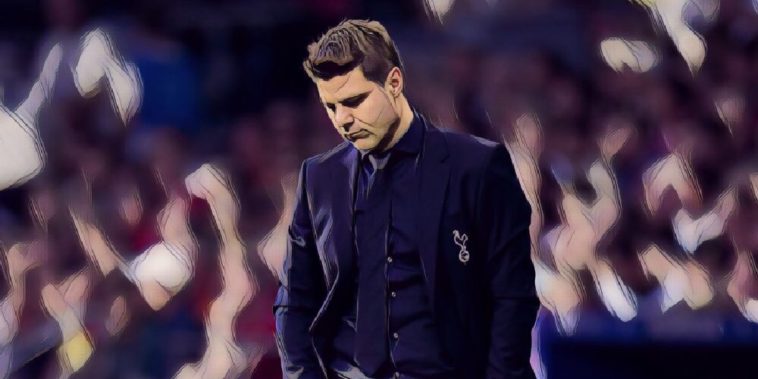 Mauricio Pochettino has suggested that Tottenham are still struggling to get over last season’s Champions League final defeat, as the club’s difficult start to the new season continues.

Pochettino’s side have endured an indifferent start to the new campaign and travel to face Red Star Belgrade in the Champions League on Wednesday night, looking for their first away win of the season in all competitions.

Sunday’s 1-1 draw with Everton at Goodison Park means the club have now failed to win away from home in eight fixtures this season, whilst the club’s last away league win came against Fulham way back in January.

The club’s torrid run on the road has seen their prospects of challenging for honours stutter, their last away victory in any competition coming in last season’s Champions League semi-final against Ajax, a tournament in which they would suffer a heartbreaking final defeat to Liverpool in Madrid.

Pochettino has reiterated the importance of getting a result in midweek to help turn their season around but suggested that Spurs are still struggling to deal with their Champions League final defeat in June.

Tottenham Hotspur’s away form in the Premier League since February:

This is now Spurs’ longest run without an away league win since a club-record 14 games under former manager George Graham in the 2000/01 campaign.#THFC #COYS pic.twitter.com/S7z7wrGHfv

Speaking at his pre-match press conference on Tuesday, Pochettino said: “Yesterday we were talking to someone. We were talking and he said we need to tell something that’s important to know. Against Juventus in 2016 he played the final in Barcelona and they lost the final. In November they were in Italy in Serie A in 13th or 14th place and saying how difficult it is when you lose a final. Talking about Juventus, one of the best clubs.

“I think it’s not to say nothing or to make excuses, it’s only how difficult it is to manage different things. I always tell you that it’s going to be important the three points tomorrow to be closer to the next stage of the Champions League and also for our confidence.

“Against Everton it was massive the step up until the injury of Andre Gomes we dominated and controlled the game. The three points were for us and it would have been massive. But when the dynamic is as it is it’s important to be strong and knowing that we need to work so hard to turn around that negative dynamic.

“Of course it’s going to be important tomorrow if we are able to win, it’ll be massive for our confidence.”

Tottenham will take a major step forward towards qualification for the knock-out stages with victory in Belgrade, the club currently second in Group B sitting just a point ahead of tonight’s opponents.

Bayern Munich currently top the group having won each of their three group stage fixtures so far, and will secure their passage to the knock-out stages with victory over winless Olympiakos at the Allianz Arena tonight.