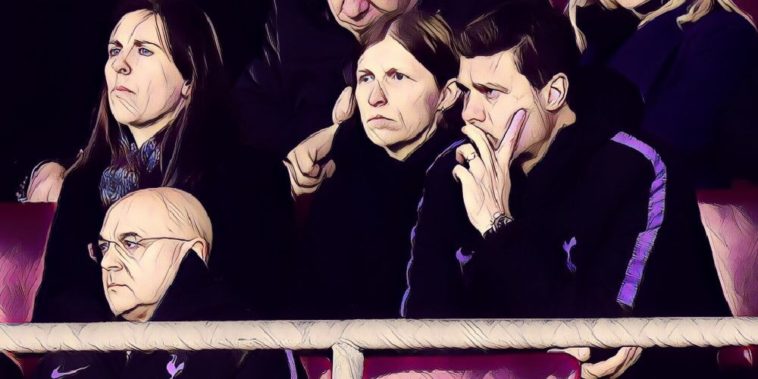 Mauricio Pochettino has questioned Tottenham’s ‘mentality’ after seeing his side surrender a 1-0 lead to lose 2-1 at Southampton on Saturday.

Harry Kane had opened the scoring for Spurs at St Mary’s, but second half goals from Yan Valery and James Ward-Prowse sealed a comeback win for struggling Southampton.

The result means Tottenham are now without a win in four league games, and facing a battle to qualify for next season’s Champions League having seen the gap closed to the side’s below them in recent weeks, leaving Mauricio Pochettino to ask questions of his side.

“It is so difficult to understand why we changed so much from the first half to the second. I am very disappointing, we were better in everything and then we lose the game,’’ Pochettino told BBC’s MOTD.

”It is about competing better for the first goal if you want to be a contender for big things. The second half we did not take it seriously, I don’t want to criticise too much but when you lose a game that was under control after 45 minutes, should be 3-0, 4-0 and finishes in 2-1 defeat, it is difficult to accept.

“Their first goal was a cross into the front of the goal where four players can put the ball out of the stadium. We were not capable of doing it and it is a tough moment and a tough result.

“This is our reality. People talk about perceptions but we need to realise if you do not fight with intensity for the Champions League, you will struggle. The reality is you cannot only play for 45 minutes, we are a Champions League team, into the quarter-finals. The team does not have the experience of competing in these circumstance, it is good to learn but we have to fight every single opponent.

“We are fighting against big sides (for the top four). We had a big gap, welcome to the reality, we are under pressure to win games. It is a massive challenge for us.”