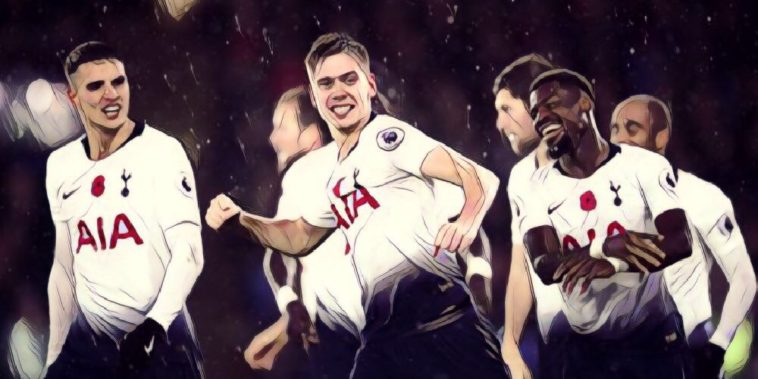 This result makes it four wins in a row in all competitions for Spurs, and Pochettino was very happy to come away from Crystal Palace with all three points.

“It was a very competitive game. It was an even game and it was tough. Before the game we were talking a lot about how difficult it is to play here,” Pochettino told BT Sport.

“I’m so pleased because the team fought well under difficult circumstances and got the three points.”

When asked about his thoughts on goalscorer Juan Foyth’s performance, Pochettino was delighted for his fellow Argentine.

“It’s fantastic for Foyth. His performance today was fantastic. He played so well. He needs to learn and keep improving but he is a very good prospect for us.”

Foyth had made his league debut for Spurs last weekend and conceded two penalties which almost allowed Wolves to get something from that game. However, Spurs managed to hold out for the 3-2 win on the day.

However, it was a much more positive experience for the young centre-back on Saturday evening, scoring the only goal of the game to win the match for his side.