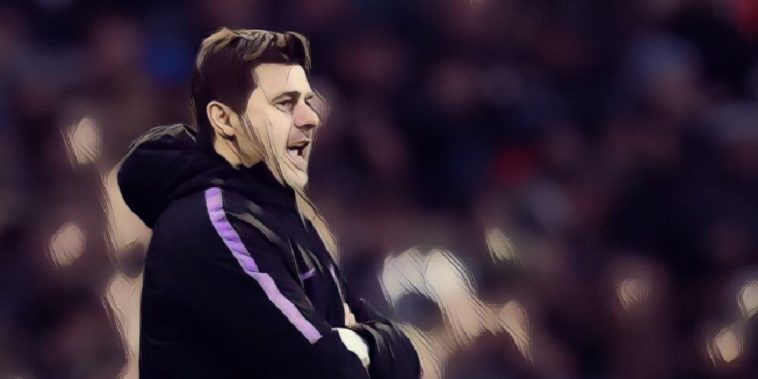 Mauricio Pochettino thought his side’s second-half performance against Manchester United was the best he has seen in his time at Tottenham, despite losing 1-0 at Wembley.

Manchester United took the lead at the end of a pulsating first half of football through Marcus Rashford, but Spurs totally dominated the second half and could have scored a boatload of goals if it weren’t for David de Gea, who made an incredible 11 saves after the interval.

Despite failing to score for only the second time this season, Mauricio Pochettino was full of praise for his players’ performance.

“I am so pleased and I’m proud. After four-and-a-half years, the second half was the best performance I have seen Tottenham play,” Pochettino told Sky Sports.

“It was amazing and I think David de Gea made 11 saves which is unbelievable. In football, sometimes you deserve to win and don’t and other times, you do not and you win. That is why we love football.

“We dominated in the first half but we didn’t organise ourselves well when we lost Moussa Sissoko and that is how we conceded the goal. United were deeper in the second half, but to play against that system it was amazing to create 11 chances in the second half. I feel so proud and I am leaving Wembley with a good feeling.

“We conceded a counter-attack in the first half but the second was the best performance I have seen. We were not clinical and sometimes you score with less opportunities but it is nothing to complain about. The team played unbelievable football and everyone who watched the game can feel the same as myself.”

The result leaves Tottenham nine points behind Liverpool at the top of the table, and seven in front of Manchester United.