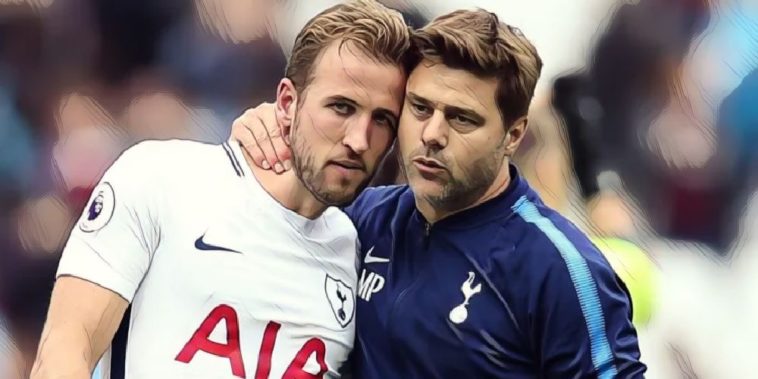 New Paris Saint-Germain boss Mauricio Pochettino is reportedly eyeing up a reunion with Harry Kane this summer, amid the uncertainty surrounding both Neymar and Kylian Mbappe’s future at the Ligue 1 side.

The former Tottenham Hotspur boss was appointed manager at the start of January following the sacking of Thomas Tuchel, the Argentine having been out of the game since his departure from Spurs in November 2019.

While it’s only early days in his time at the helm at the Parc des Princes, the 48-year-old has already made his mark, guiding the club to an impressive 4-1 win over Barcelona at the Nou Camp in the Champions League this week.

That crushing victory saw a devastating hat-trick from starlet Kylian Mbappe, the Frenchman solidifying his status as one of the best players in world football.

Such a performance has done little to hide the uncertainty around his future, however, with the World Cup winner entering into the final 18 months of his current deal and with no sign yet of penning a new deal.

That has left the possibility that he could well leave this summer, with the Sunday Mirror reporting that Harry Kane has emerged as PSG’s top transfer target should Mbappe, or Neymar, depart this summer.

The England captain worked under Pochettino for almost five years at Spurs, the two men helping guide the club to the Champions League final in 2019.

Although the 27-year-old appears completely committed to his current club, he reportedly does have frustrations that he is yet to lift any major silverware, while Jose Mourinho’s side currently in a real scrap just to secure a top four place.

The forward has netted 209 goals in 319 games in all competitions for the North London club and would offer a guaranteed supply of goals as the potential difference-maker with the French club looking to secure a first Champions League trophy.

The major sticking point would no doubt be Spurs’ desire to keep their star asset, with owner Daniel Levy having slapped a £150m asking price on the player.

That being said, the mega-rich Ligue 1 club are one of just a few sides who would be able to afford him, particularly if they do sell Mbappe this summer for an equally as hefty fee.

In recent months Pochettino’s side have also been linked with a major move for Lionel Messi at the end of his expiring deal, although the 33-year-old’s future remains uncertain.