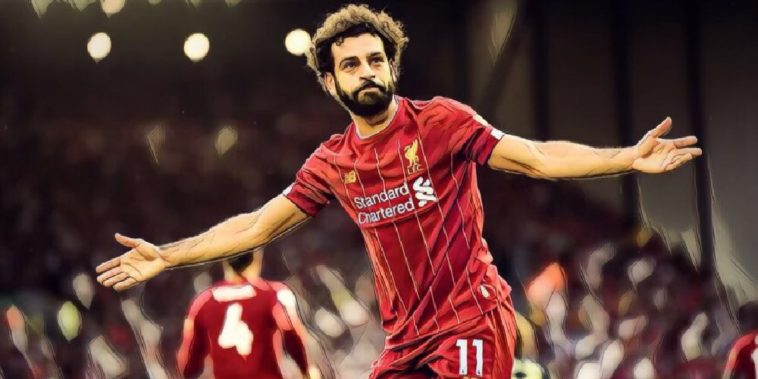 Chelsea host Liverpool this weekend in the first meeting between the Premier League’s ‘big six’, with both sides keen to make a statement of intent in the early weeks of the new campaign.

The two sides have regularly competed for major honours since the turn of the millennium and both will be expected to challenge once more this season, Chelsea having embarked on a lavish summer spend as they bid to bridge the gap to the title-winning Reds.

Ahead of this weekend’s hugely anticipated clash at Stamford Bridge, we’ve decided to look back at the players to have represented both clubs in the Premier League era and rate their impacts:

The first player to represent both clubs in the Premier League, Boudewijn Zenden moved to English football with Chelsea having won league titles during previous stints at both PSV Eindhoven and Barcelona.

The Dutch international scored on his debut against Newcastle and showed plenty of promise during a two season spell at Stamford Bridge, though injuries hindered his ability to cement himself as an automatic fixture in the Chelsea side.

Zenden’s energy and cultured left foot impressed after moving to Middlesbrough in search of regular first-team opportunities, where he helped the club to the first major trophy in their history with League Cup success before joining Liverpool on a free transfer in 2005.

Injuries again prevented the Dutchman from making the desired impact despite winning the FA Cup in his debut season under Rafael Benitez, Zenden’s career one that could – and perhaps should – have delivered more.

Nicolas Anelka was amongst the division’s finest at the peak of his Premier League powers, with Liverpool‘s failure to sign the forward on a permanent basis a decision that still rankles amongst a section of the club’s fanbase.

The former Arsenal star returned to the Premier League during a loan spell at Liverpool from Paris Saint-Germain, where despite impressing amongst an attacking contingent including the likes of Michael Owen and Emile Heskey, his stay was not extended beyond the end of the campaign.

Anelka bounced between a succession of clubs before signing for Chelsea six years later, enjoying the most stable and successful period of his career at Stamford Bridge.

The French forward won a league title and two FA Cups with the west London side, in addition to finishing as the Premier League’s leading scorer during the 2008/09 campaign.

Glen Johnson became the first purchase of the Roman Abramovich era at Chelsea, the teenager moving across the capital from London rivals West Ham in the summer of 2003.

Johnson featured regularly during his debut season before falling out-of-favour following the arrival of Paulo Ferreira from Porto, winning the Premier League and League Cup with Chelsea in a largely bit-part role.

He moved to Portsmouth on loan in search of regular opportunities before signing permanently, where his impressive performances attracted the interest of Liverpool who secured his signing in a £17m deal.

The England international made 200 appearances for the Reds in all competitions and established himself as a key figure at Anfield, spending six seasons on Merseyside and lifting the 2012 League Cup.

Cole was another of Chelsea’s initial investments following Abramovich’s takeover of the club and the midfielder proved a wise investment, starring for the Blues over seven trophy-laden seasons at Stamford Bridge.

Amongst the most naturally talented English players of his generation, Cole was a street footballer and a breath of fresh air following his emergence, a player who thrived on entertaining with flicks, feints and moments of trickery.

He won three league titles and two FA Cups amongst his honours at Chelsea, but perhaps failed to fulfil his potential amid injury problems and a lack of trust from a succession of managers, Cole never really given an opportunity to thrive in his trademark free-spirited style.

The best years of his career came at Chelsea, however, with a free transfer move to Liverpool proving ill-fated, the midfielder sent off on his debut before enduring a nightmare spell on Merseyside as the youthful zip of his early years had evaporated.

Yossi Benayoun proved a smart acquisition after Rafael Benitez brought the playmaker to Liverpool, the Israeli international having impressed during a two season spell in English football at West Ham.

Benayoun was a versatile and creative talent who endeared himself to the Reds supporters for his relentless work-rate and penchant for scoring important goals, becoming somewhat of a cult hero during three seasons at Anfield.

The wiry winger was surprisingly forced out of the club by Benitez and moved on to Chelsea, but he struggled to make an impact after moving to Stamford Bridge.

Benayoun made just 14 league appearances for the club over three seasons, his peripheral status resulting in loan spells at both Arsenal and former side West Ham.

Raul Meireles spent just one season with each club despite largely impressing in the colours of both Liverpool and Chelsea, arriving at the former from Porto following the departure of Javier Mascherano to Barcelona.

The Portugal international arrived as part of an eclectic collection of misfits during the nightmare reign of Roy Hogson at Anfield, signing alongside ‘talent’s such as Milan Jovanovic, Christian Poulson and Paul Konchesky.

After a disappointing start to life at Liverpool the midfielder burst into life following the appointment of Kenny Dalglish as manager, embarking on a purple patch in front of goal – including a stunning volley against Wolves – to bizarrely be named as the PFA Fan’s Player of the Year despite finishing the campaign with just five league goals.

That summer saw the star jump ship to join Chelsea, where he won a Champions League and FA Cup double during a single season stay before moving on once more to Fenerbache.

It’s still hard to fathom that the Fernando Torres seen at Liverpool is indeed the same player who later struggled to live up to expectations at Chelsea.

Torres signed for Liverpool from Atletico Madrid regarded as one of the best young forwards in the game and soon demonstrated why he was so highly regarded, enjoying a prolific three-and-a-half-year spell with the Reds to establish himself as one of Europe’s very best.

The Spaniard was simply scintillating in tandem with Steven Gerrard, scoring 81 goals in just 142 appearances in all competitions before rocking Liverpool with a transfer request amid interest from Chelsea.

It took a British transfer-record of £50m to secure the deal during an unforgettable deadline day during the winter window of 2011, but it proved a move of huge disappointment as Torres struggled to replicate his previous form.

The forward helped Chelsea to a host of trophies including the Champions League, FA Cup and Europa League, but a return of 20 league goals in 110 appearances was a poor return for the club’s record-breaking investment.

The Italian striker came through the academy ranks at Chelsea but failed to make an impression, making just four goalless league appearances.

Borini did, however, enjoy a productive loan spell at Swansea City under Brendan Rodgers and his performances seemingly convinced the Northern Irishman to bring the forward to Liverpool, signing the player from Roma after a brief return to his native Italy.

Borini largely struggled to make an impact and scored just three times for the Reds in all competitions, a loan spell at Sunderland coming between two campaigns of mediocrity in Liverpool colours.

Sturridge was one of English football’s most exciting talents when signing for Chelsea from Manchester City, though the forward initially struggled to make an impact amid fierce competition for a starting spot.

A productive loan spell with Bolton boosted his chances before the youngster burst into life during the 2011/12 campaign, finishing as Chelsea’s joint-leading league scorer as the club secured a Champions League and FA Cup double, adding to domestic double won two years earlier.

Sturridge failed to feature during the latter stages of that European triumph following the appointment of Roberto Di Matteo, however, and he was sold midway through the following campaign – enjoying a blistering start to life at new club Liverpool.

Sturridge enjoyed a brilliant 18 month spell and formed a devastating partnership with Luis Suarez in attack, firing the Reds to the verge of the Premier League title before injury problems halted his progress.

Brilliant at his best, his latter years on Merseyside were sadly ruined by fitness issues before his departure on a free transfer last summer, his record standing at an impressive 50 goals in just 116 league appearances.

He remains the only player to have won the Champions League with two English clubs.

Moses signed for Chelsea from Wigan Athletic eight years ago but it has been an interesting journey for the Nigerian international, only briefly winning favour during that period and enjoying a succession of loan spells away from the west London outfit.

Amongst those temporary stints was a largely forgettable spell at Liverpool, where he scored just once in 19 league appearances and largely played a bit-part role in the club’s push towards the Premier League title under Brendan Rodgers.

After further stints at West Ham and Stoke, he was handed a chance under Antonio Conte and played an important part in Chelsea’s title success under the Italian, thriving at wing-back as the Blues were crowned champions in 2016/17.

Moses fell out-of-favour once more and has since been loaned to Fenerbahce and Inter Milan, reuniting with Conte at the San Siro in what is his fifth temporary stint away from Stamford Bridge.

The best player to have represented both clubs in the Premier League era, it’s fair to say that Chelsea’s loss has proven to be Liverpool’s gain when it comes to Mohamed Salah.

The Egyptian winger moved to Chelsea from Basel but failed to find his feet during an initial venture into English football, making just a handful of appearances before rebuilding his career in Italy with Fiorentina and Roma.

Liverpool gambled on the talent’s of Salah three seasons ago and it has proven to be an inspired move, the forward scoring prolifically since arriving on Merseyside including a record-breaking 32 league goals during the 2017/18 season.

That campaign saw Salah named as the PFA Player of the Year and FWA Footballer of the Year in addition to winning the Premier League’s Golden Boot, retaining the latter accolade the following campaign following another superb season.

Salah’s current record stands at 97 goals in 154 appearances for the Reds in all competitions, the 28-year-old a talismanic figure for a side which has lifted the Champions League and Premier League over the past two seasons.