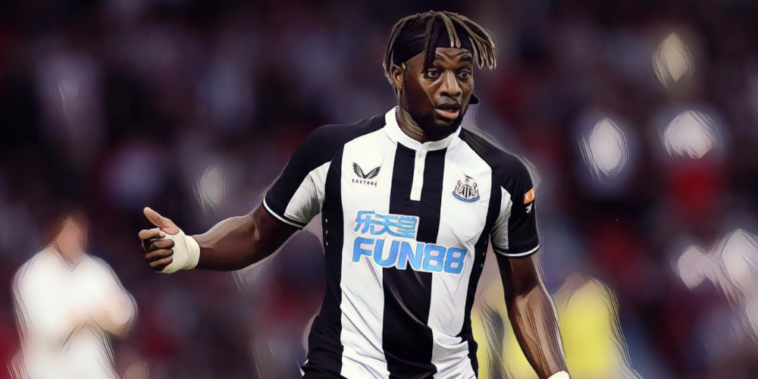 Football’s best dribblers are often the players worth the admission fees, fan favourites who get supporters off their seats with daring surges past opposition challenges.

Whilst the fundamentals of football are no doubt team based, there is thrill that comes with watching a player back his ability and embark on an individual run towards goal.

We’ve decided to look at some of the most prolific dribblers in Europe’s top five leagues this season, here are the five players with the most completed dribbles.

Kamaldeen Sulemana has been touted as a star of the future following his immediate impact at Rennes, the teenager scoring three goals and providing an assist in just six appearances since his arrival from Nordsjælland.

Rennes invested an eye-catching fee of €20m on the Ghanaian winger, who caught the wider attention of Europe after a starring performance in the club’s win over PSG last weekend.

The 19-year-old – who has been backed to become ‘better than Neymar’ by his former coach at Nordsjælland – is already amongst the leading dribblers in Europe this season, completing 26 dribbles.

Kylian Mbappe ranks fourth for completed dribbles across Europe’s major leagues this season, with the Paris Saint-Germain forward a nightmare prospect when running towards defences with the ball at his feet.

Blessed with blistering speed, Mbappe has completed 29 dribbles as PSG have made an almost flawless start to the Ligue 1 season, winning each of their opening eight fixtures before defeat to Rennes last time out.

Mbappe’s influence has also seen the forward register seven goal involvements in those nine games, as he looks to finish as the league’s leading scorer for a fourth consecutive campaign.

Bayern Munich’s ‘road runner’ has developed into one of the best attacking full-backs in Europe in recent seasons, with the electric pace of Davies having seen him regularly leave defenders in his wake.

Davies – who has two assists in seven appearances for the Bundesliga champions this season – has completed 30 dribbles so far this season, the third-most of any player in Europe’s major leagues and a leading total amongst defenders.

Allan Saint-Maximin has been the shining light in an ordinary Newcastle side for some time now, his performances this season having seen the winger linked with a move away from St James’ Park.

Saint-Maximin has brought a fun-factor to Steve Bruce’s uninspiring team, producing his full array of tricks, flicks and daring dribbles during the early stages of the campaign.

Allan Saint-Maximin completed more take-ons than any other player in the first half against Wolves:

Dancing past the opposition. 🕺 pic.twitter.com/baU65i0JSo

The 23-year-old has started the season in a centre-forward role as the Magpies look to utilise his speed and skill on the break, completing 33 dribbles and registering an impressive five goal involvements in just seven appearances.

That haul comes despite losing his place in the side in recent weeks to Hwang Hee-Chan, starting each of the club’s past two Premier League fixtures amongst the substitutes.

Adama ranked third across Europe’s major leagues for dribbles per 90 minutes in 2020/21, with only Lionel Messi (4.2) and Neymar (4.5) completing more than his 4.1 dribbles per game last season.

The Spain international remains one of the game’s most unique talents and Bruno Lage’s task is now finding the best way to utilise a footballer who is often unstoppable when motoring forward.