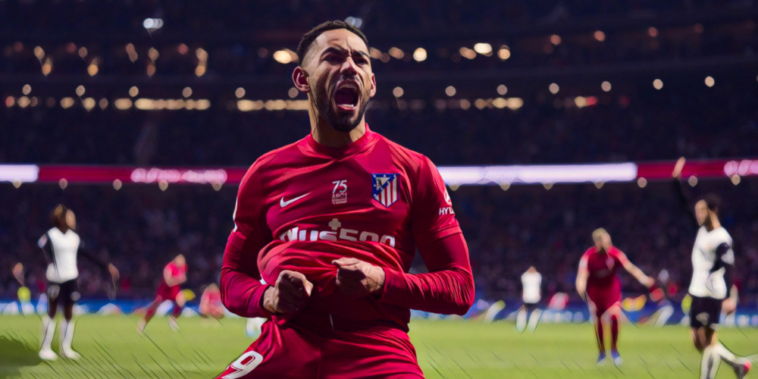 Manchester United’s scattergun approach to the final weeks of the window has reportedly led to Matheus Cunha, with the Red Devils understood to be in talks with Atletico Madrid over a deal to sign the forward.

United are believed to be in negotiations over a £42m deal for the Brazilian, as Erik ten Hag looks to bring in a centre-forward before the deadline. Back-to-back defeats have left United bottom of the Premier League for the first time since August 1992 and the club are desperately seeking reinforcements.

Cristiano Ronaldo’s desire to leave, alongside the departure of Edinson Cavani and continued unavailability of Mason Greenwood, has left the Red Devils short of options in attacking areas and Cunha has now emerged as a leading target.

The 23-year-old signed for Atletico in a £22m deal from Hertha Berlin last summer, but failed to establish himself during his first season in Spanish football. He scored six goals and provided four assists in 28 league appearances, but just eight of those came from the start for Diego Simeone’s side.

Cunha’s career in Europe began in Switzerland. Born in Paraíba, Brazil, he spent his youth career with Coritiba before making the move across the Atlantic to sign for Swiss Super League FC Sion, having attracted interest from European scouts at the Dallas Cup youth tournament.

The teenager made an immediate impression during his first campaign at senior level. He scored ten goals and provided a further eight assists in 29 league games for Sion, including a hat-trick during a final day win over FC Thun.

His performances captured the attention of RB Leipzig, who secured a deal to bring Cunha to the Bundesliga. The forward scored nine goals in all competitions in 2018/19, including a stunning goal against Bayer Leverkusen that was named as the Bundesliga’s best in 2019.

That summer he finished as leading scorer as Brazil won the Toulon tournament, featuring alongside the likes Ajax winger Antony and Aston Villa midfielder Douglas Luiz.

Cunha struggled for a regular role at Leipzig however, and moved on to Hertha Berlin after 18 months at the Red Bull Arena. Featuring more prominently, he operated predominantly off the left of the frontline in the German capital.

He scored 13 goals and provided 10 assists in 40 appearances for Hertha, while a prolific record for Brazil at u23 level persuaded Atletico Madrid to make their move.

Cunha scored three goals, including the opener in the final win over Spain, as Brazil won the Gold Medal at the 2020 Olympic Games in Japan, held in the summer of 2021.

His goals saw Cunha become the all-time record goalscorer for Brazil’s u23 side, overtaking Ronaldinho, having amassed a record of 21 goals in 24 appearances for the national side at that level. He has earned seven caps for the senior side, but is yet to open his goalscoring account.

Cunha’s modest goal record at club level will cause some concern, but there are attributes to his game that appear suited to the demands of both Ten Hag and the Premier League.

Multi-functional and comfortable in a number of attacking roles, he has been likened in style to Roberto Firmino due to his mix of work-rate and street-honed South American flair. Having performed in multiple positions, his intelligent movement makes him difficult to mark with Cunha possessing a desire to drop into midfield and pick up possession.

In terms of numbers, Cunha would provide a more mobile option than the Red Devils have had of late. Last season his numbers for aerial duels won (1.8) and ground duels won (4.5) per 90 minutes were both comfortably superior to both Edinson Cavani (0.9 and 1.6) and Cristiano Ronaldo (1.6 and 1.8).

His willingness to engage in duels would provide United with presence. Crucially, his numbers for ball recoveries are also impressive. Cunha averaged 3.8 ball recoveries per 90 minutes in 2021/22, almost double the total of Ronaldo (2) and significantly more than Cavani (2.6).

Cunha’s numbers for ball recoveries also compare favourably against the likes Harry Kane (2.6) and Jamie Vardy (2.3). For comparison, Diogo Jota and Gabriel Jesus – two forwards renowned for their work-rate from the front – managed 3.8 and 3.7 ball recoveries respectively per 90 minutes in 2021/22. Firmino, arguably the benchmark for a pressing forward, averaged 4.8 ball recoveries last season.

Those numbers came despite a peripheral role at the Metropolitano Stadium under Simeone. Rewind to Cunha’s final campaign at Hertha Berlin and the statistics make for even better reading.

Cunha also posted huge numbers for ground duels won (8) and ball recoveries (5.7) per 90 minutes in the 2020/21 Bundesliga season. However, a haul of only seven league goals and poor shot conversion rate (12.5%) indicate where improvements must be made if the Brazilian is to become a reliable goalscorer in one of Europe’s top five leagues.

Those expecting Cunha to replace the goals of Ronaldo, should he leave, are likely to be disappointed with the forward’s highest-scoring campaign in a top-five league seeing him manage seven goals.

However, if the raw attributes of the Brazilian can be refined, he could prove a fine facilitator in Ten Hag’s system. United’s inside forwards have struggled to make an impact in recent regimes, with both Jadon Sancho and Marcus Rashford performing far below the levels expected.

Cunha’s willingness to engage in duels and drift into dangerous half-spaces will provide areas for the likes of Rashford and Sancho to exploit. He might not be the goalscoring solution singlehandedly, but there is potential for Cunha to help bring the best from others around him.