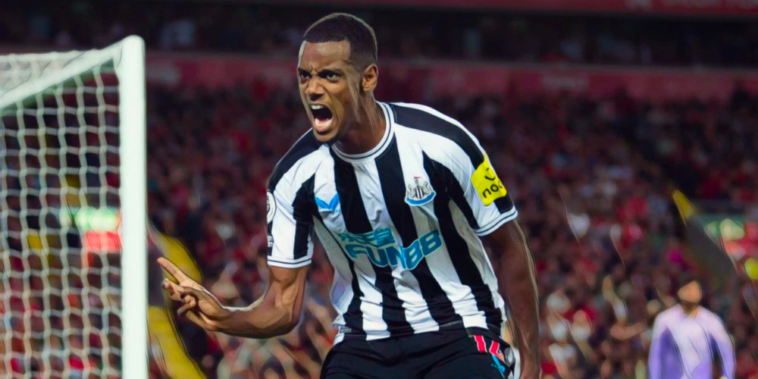 It’s been a record-breaking summer transfer window for Premier League clubs, who have once again flexed their financial muscle to bring in new additions.

Premier League spending has been more than La Liga, the Bundesliga and Serie A combined, with a wealth of exciting new signings arriving into English football right across the division.

It’s not just the league’s traditional elite who have been splashing the cash and we’ve decided to compile a best Premier League XI from signings made by non-top six clubs this summer.

Pope had impressed in a struggling side at Burnley, before moving north to join the Magpies’ ambitious project. Since the start of the 2019/20 campaign only Manchester City’s Ederson and Liverpool’s Alisson have kept more clean sheets, while only Aaron Ramsdale has made more saves.

The 30-year-old has already shown his worth with two shut-outs for Eddie Howe’s side, including a wonderful individual performance in the goalless draw at Brighton.

Neco Williams decided on a new challenge after finding his path to first-team football blocked at Liverpool, with Trent Alexander-Arnold’s presence limiting his opportunities.

Williams joined Nottingham Forest’s incredible recruitment drive for £16m and has impressed across his opening performances at the City Ground.

The Wales international ranks among the Premier League’s leading players for crosses into the penalty area (3rd) and interceptions (9th), with his all-action football suited to the wing-back demands of Steve Cooper’s side.

Steven Gerrard has rued his luck following Diego Carlos’ Achille injury, with the marquee arrival set to miss the next several months with the problem.

The centre-back signed for Villa in a £26m deal from Sevilla, having impressed across three seasons with the Spanish side in which he won the Europa League in 2019/20.

Last season Carlos formed part of a Sevilla team with the best defensive record in La Liga (30), while he blocked more shots (33) than any other player in the division.

Newcastle secured the signing of long-term target Sven Botman from Lille, agreeing a £34m deal for the Netherlands u21 international earlier in the window.

The Dutch defender had excelled since swapping Ajax’s reserves for France, forming part of the Lille team crowned Ligue 1 champions in 2020/21.

The 22-year-old has shown signs of being the commanding centre-back Newcastle hope he will become, winning each of his eight aerial duels in the Premier League so far this season.

Sven Botman has not lost a single aerial duel in the Premier League this season:

Nathan Collins (Wolves) and Armel Bella-Kotchap (Southampton) have moved in less high-profile deals and have huge potential, while West Ham will be hoping Nayef Aguerd becomes a key figure in their side once the centre-back returns from an ankle issue.

Graham Potter’s recruitment has ensured Brighton keep on competing, with the Seagulls again evolving this summer after big name departures.

Yves Bissouma and Marc Cucurella have moved on to top-six clubs and Brighton have secured the signing of Pervis Estupinan to replace the latter. The Ecuador international shone on his home debut, where he created more chances (3) than any other player on the pitch for either Brighton or Leeds.

Estupinan has Champions League experience at Villarreal and his adventurous manner of football looks tailor-made for a wing-back role in Potter’s side.

There might be a queue of clubs regretting their decision to overlook Joao Palhinha this summer, with the midfielder having looked an excellent addition at Fulham.

The newly-promoted Cottagers secured a £20m deal for the Sporting Lisbon star, who has strengthened the spine of a side looking to end their yo-yo existence.

Fulham have lost just one of their opening five fixtures – a narrow defeat at Arsenal – and look well-equipped for survival, with Palhinha’s presence and ball-winning bite a key factor in the success of Marco Silva’s side.

💪 Joao Palhinha is averaging more tackles per game than any other player in Europe's top 5 leagues this season (5.2) pic.twitter.com/F2DqvyVpKh

Wolves broke their transfer record to sign Matheus Nunes from Sporting Lisbon, adding another Portuguese player to their ever-increasing ranks.

Nunes is understood to have attracted interest from Manchester City and Liverpool before he made the move to Molineux, where he has penned a long-term contract with the club after a fee of £38m was agreed.

This turn from Matheus Nunes 😍 pic.twitter.com/cxXqJj8IiY

Nunes was the most-fouled player in Primeira Liga last season, while no player completed more take-ons than the 24-year-old.

He has already provided glimpses of the technique and thrust he will add to Bruno Lage’s engine room, with the signing of the Brazil-born midfielder viewed as a huge coup.

Lucas Paqueta is shifted onto the right of our multi-functional midfield, having become West Ham’s record signing earlier this week.

The Hammers have invested a fee which could reach £51m in Paqueta, with excitement levels understandably high at the London Stadium. Comfortable in a number of roles across midfield and further forward, he scored nine goals and laid on a further six assists for Lyon last season.

Lucas Paquetá was the only player during the 2021/22 Ligue 1 season to register 50+ in the following metrics:

Last season he was shortlisted for the Ligue 1 Player of the Season accolade, eventually won by Paris Saint-Germain’s Kylian Mbappe.

Aston Villa turned Philippe Coutinho’s loan move into a permanent deal this summer, following his impact after arriving from Barcelona in January.

The Brazil international scored five goals and provided three assists in 16 league starts, showing signs of the talent which once made him one of the Premier League’s finest talents at Liverpool.

Coutinho’s form has dipped during the season’s opening months as Villa have struggled and Steven Gerrard will hope his former teammate can return to his best in the coming weeks.

In a Villa side lacking imagination, he can provide the supply line to the club’s centre-forward options.

Newcastle have been far from the reckless spenders some imagined this summer, but flexed their financial might with the £63m club-record capture of Alexander Isak.

Isak has long been linked with a move to the Premier League, having turned heads with his performances for Real Sociedad.

The 22-year-old scored 44 goals in 132 appearances for the Spanish side and finished as the competition’s leading scorer as Sociedad won the Copa del Rey in 2019/20.

Also experienced at international level with nine goals in 37 caps for Sweden, he provided a glimpse of his class – and ice-cold composure – around goal with a brilliant debut effort against Liverpool this week.

David Moyes has received substantial backing this summer, with West Ham having invested more than £150m on eight new additions.

Among the most eye-catching has been the arrival of Gianluca Scamacca from Sassuolo. The centre-forward has become a regular for Italy at international level and scored 16 league goals in Serie A last season.

Boasting excellent aerial prowess and a thunderous shot, he has all the attributes to become a fans’ favourite at the London Stadium.

The 23-year-old has had to be patient for his chance with the Hammers, but a pair of well-taken goals during the club’s Europa Conference League tie with Viborg bode well as a sign of things to come.

Brilliant movement at the near post and Gianluca Scamacca's second @WestHam goal puts the Hammers 4-1 up on aggregate ⚒️ pic.twitter.com/RYtJHIwQne