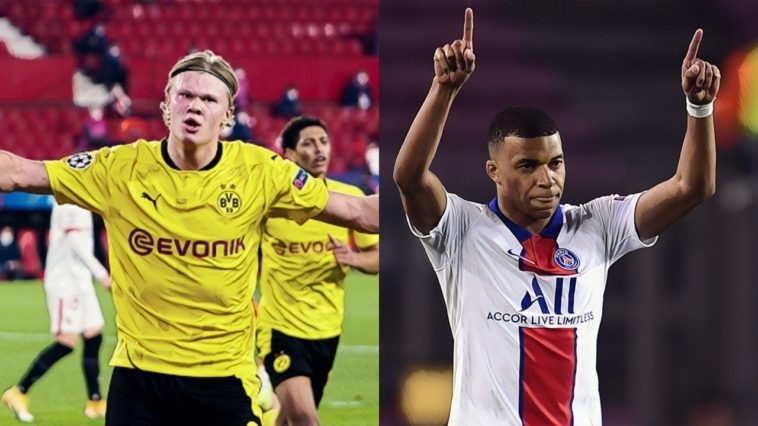 Florentino Perez has claimed signing Erling Haaland or Kylian Mbappe will be ‘impossible’ for clubs this summer following the collapse of the European Super League.

Europe’s elite announced plans to form a breakaway competition last Sunday, a tournament that would threaten the existence of the Champions League and effectively serve as a closed shop for the world’s wealthiest with each of the 15 founding clubs guaranteed annual entry.

The proposals included just five teams qualifying on sporting merit and were met with huge backlash around the world, the outrage leading to several of the confirmed clubs – led by the Premier League‘s ‘big six’ – withdrawing their interest.

Real Madrid and Barcelona are the only two teams who have not formally withdrawn their interest in the creation of a Super League and Real president, Perez, believes the collapse of the plans will have a huge impact on finances and the transfer market.

“In general, there will not be big transfers this summer,” Perez told El Larguero. “When money does not flow from the rich clubs to the poor clubs, everyone suffers.

“It’s impossible to make signings like Mbappé and Haaland, in general, not just for Real Madrid, without the Super League.”

He added: “If we don’t sign Mbappe this summer, I don’t think any fan will shoot himself in the head. They know we’re doing our best, and if things don’t happen, it’s because they’re impossible”

Real Madrid have been strongly linked with the signing of both Paris Saint-Germain forward Mbappe and Borussia Dortmund star Haaland, the latter courted by almost every major club in Europe following his stunning performances in the Bundesliga.

However, Dortmund have insisted that the 20-year-old – who has scored 51 goals in just 55 appearances for the club – will be remaining at the Westfalenstadion with sporting director, Michael Zorc, adamant Haaland will not be leaving this summer.

“We have made our position clear on the Haaland case,” he told Sky Germany on Wednesday. “The decision will not be made without Borussia Dortmund. No matter where we end up, Erling will continue to play for us.”

Read – Five of the best jerseys ahead of Euro 2021